Home GBP GBP/USD: Pound Steady Ahead Of US CPI & As Politics Dominate 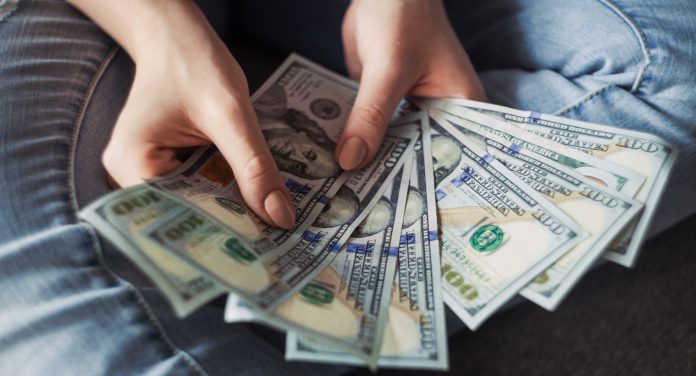 Strong UK employment data lifted the pound higher versus the dollar on Tuesday. The pound US dollar exchange rate rallied 0.3% to a peak of US$1.2732. The pair is holding steady in early trade on Wednesday.

| What do these figures mean? |

When measuring the value of a pair of currencies, one set equals 1 unit and the other shows the current equivalent. As the market moves, the amount will vary from minute to minute.

Here, £1 is equivalent to approximately $1.29. This specifically measures the pound’s worth against the dollar. If the US dollar amount increases in this pairing, it’s positive for the pound.

In this example, $1 is equivalent to approximately £0.78. This measures the US dollar’s worth versus the British pound. If the sterling number gets larger, it’s good news for the dollar.

Strong UK jobs data boosted the pound in the previous session. Data from the Office of National Statistics showed that unemployment in the UK remained at a 44 year low of 3.8%, whilst wages unexpectedly jumped. Wages increased 3.4% in the three months to April, an increase from the 3.3% recorded in March and well above the 3.1% that analysts had pencilled in. Economist and market participants view strong wage growth as an indicator of strong spending and higher future inflation. As a result, the pound moved higher.

Today there is no high impacting UK economic data for investors to digest. Instead attention will be on the domestic political scene. The UK Tory leadership battle is now underway. 10 candidates have made it through to the first ballot. The candidates are a mix of those who support Brexit, deal or no deal, and those that believe they can squeeze more concessions out of the EU. Sam Gyimiah, a supported of a second referendum failed to make it to the first ballot.

The candidate line-up suggests that the chances of a hard, no deal Brexit are increasing. Should Thursday’s first round vote show that the hard-line pro Brexit candidates are leading, the pound could slump.

Weak wholesale inflation data and easing trade tensions weighed on demand for the dollar on Tuesday. US producer price index (PPI) showed that inflation at factory level dropped to 1.8% year on year. This is down from 2% in April and feeds into market expectations of a rate cut by the Fed.

Today investors will look towards US inflation data. Analysts are expecting US consumer inflation to decline to 1.9% in May, down from 2% in April. Analysts expect core inflation, which discounts more volatile items such as food and fuel to remain steady at 2.1%. Any figure weaker than that forecast could prompt renewed selling in the dollar.