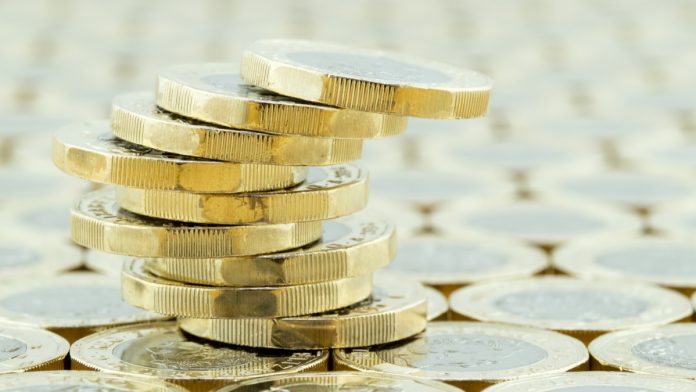 Brexit concerns and mixed UK labour data pulled the pound lower, whilst the dollar advanced, as investors continued to digest the escalating trade war. The pound US dollar exchange rate dropped to a 2-week low of US$1.2903.

The pound trended lower across the previous session as investors digested mixed labour data. Whilst UK unemployment dropped to a 45 year low in March, job creation and wage growth failed to reach analysts forecasts. In the month that Brexit was expected to take place, wage growth slowed to 3.2%, down from 3.5%. 90,000 jobs were created, below the 135,000 forecast. Firms eased back on the hiring and were less willing to pay higher wages. It remains to be seen whether this is the start of a new trend or whether this was just a blip in the month of Brexit.

Either way the data will not put pressure on the Bank of England to hike interest rates. As a result, the pound fell.

Brexit concerns are also weighing on the pound. The cabinet decided that cross party Brexit talks will continue, however few believe that they will result in an agreement. The cabinet also set the deadline of late June by which the Brexit withdrawal agreement must have completed all the stages necessary through Parliament. There are rumours circulating that this could be the date that Theresa May will step down. Cross party talks will need to reach a conclusion by then. Theresa May will be hoping that the time limit will increase the pressure on Labour to reach an agreement.

Will US Retail Sales Drag On The Dollar?

The dollar strengthened in the previous session as investors continued to focus on the US—Sino trade tension. President Trump calmed the markets on Tuesday saying that he was sure he could clinch a good deal with China.

Concerns had been growing that the escalating trade war would hit the US economy and force the Federal Reserve to cut interest rates later this year. As fears over the trade war eased so did investor expectations of a rate cut, lifting the dollar.

Today investors will look toward US retail sales data which could act as a drag on the dollar. Analysts are predicting that US retail sales increased just 0.2% in April, down from a spectacular 1.6% in March. Declining retail sales points to declining future inflation. This could pull the dollar lower.