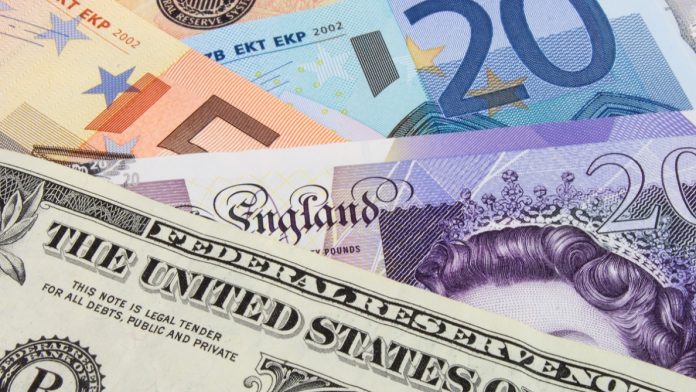 The pound reached a one-week-high versus the euro on Tuesday as investors gained confidence that the UK could leave the EU with a deal in place. Meanwhile the euro declined on weak German data. The pair closed up 0.4% at €1.1717. The pound—euro exchange rate was slipping lower in early trade on Wednesday.

The pound picked up in the previous session after Eurosceptic and head of the pro-Brexit European Research Group (ERG) Jacob Rees—Mogg publicly declared his support for UK Prime Minister Theresa May’s Brexit deal. Theresa May’s strategy of threatening a long delay to Brexit if her deal is not supported, appears to have worked.

However, not all Eurosceptics Conservatives are willing to support Theresa May’s Brexit deal. This puts into doubt Theresa May’s ability to get her deal through Parliament. If Theresa May believes she has enough support, she is considering holding another meaningful vote. However, she may be forced to set a departure date for stepping down as PM in order to get the deal through.

Today Parliament will hold indicative votes on different Brexit options. These range from cancelling Brexit to a no deal Brexit. The votes start today and will continue until Monday. Any signs of Parliament supporting a softer Brexit could help lift the pound.

The euro declined in the previous session as investors digested a mixed bag of eurozone data. Whilst German consumer confidence failed to live up to analyst expectations, French GDP numbers surpassed them.

Consumer morale in Germany unexpectedly declined heading towards April. When consumer confidence weakens, consumer spending often slows, which is bad news for the economy. This is particularly poignant given that domestic demand will need to drive the German economy as exporters struggle amid the global slowdown, Brexit and the ongoing trade dispute.

Meanwhile in France the picture is slowly starting to improve. Economic growth in France beat analysts’ expectations at 1%.

Investors will now look ahead to European Central Bank President Mario Draghi speaking today. The ECB has been dovish in its recent meetings. Investors will be listening carefully to assess whether Draghi is turning more dovish amid increasing signs of slowing momentum in Germany’s economy.