Home EUR GBP/EUR: Pound Lower vs. Euro As No Brexit Plan B Agreed 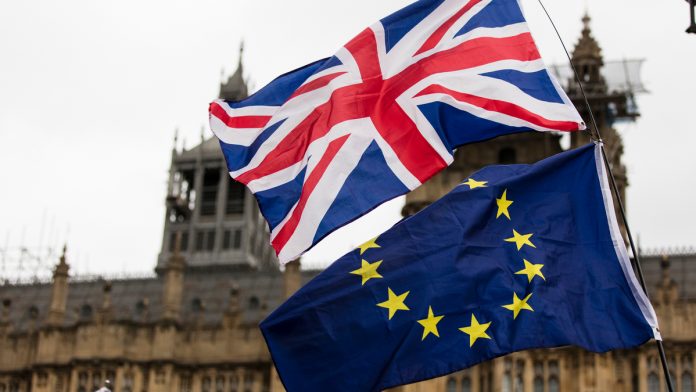 Brexit uncertainty weighed on demand for the pound on Wednesday. The pound euro exchange rate dropped 0.3% across the session to close at €1.1689. The pound is edging higher in early trade today.

In the night of drama at Westminster, Theresa May was unable to break the deadlock over Brexit and ministers were unable to agree on a Plan B. Theresa May offering to stand down from position as Prime Minister earlier than she intended should her Brexit deal be accepted helped her win over some Eurosceptic supporters. However, it is still looking as if she will struggle to get her deal through Parliament, as the DUP remain strongly against Theresa May’s Brexit plan.

The House of Commons was able to come up with a Plan B for Brexit either. This leaves the UK’s plans for leaving the EU in chaos. Ministers failed to agree on any of the 8 Brexit options presented. A second referendum was the closest to winning a majority, with 268 votes in favour and 295 against. Pound traders remain optimistic of a softer Brexit.

With a light UK economic calendar, Brexit discussions will remain the central focus.

German Inflation To Boost The Euro?

The euro traded broadly lower in the previous session. Concerns over the Italian economy surfaced again on Wednesday. Reports point to the Italian economy stagnating over the long term, in a “perma recession”. Thanks to low productivity, spiralling debt and monetary policy ill-suited to the country’s needs, Europe’s third largest economy is in danger of experiencing no economic growth for a long period of time.

Italy has already experienced a technical recession, with the economy contracting for 2 consecutive quarters. The fear is that the nation will remain around these levels of non- existent growth for a much longer period.

Germany will be back in the spotlight today as investors look towards German inflation. Analysts predict that German inflation will remain steady at 1.5% in March year on year. They also forecast inflation increasing 0.6% month on month, up from 0.4%. A pick up in inflation could boost hopes for an interest rate rise and therefore lift the euro.