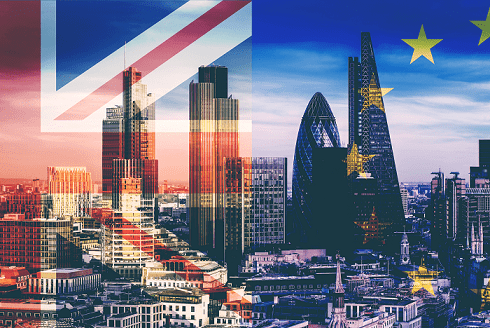 The pound has managed to hold its ground versus the euro over the past few sessions. Since rebounding off €1.10 earlier in the week, the pound is now strengthening through €1.1077 as investors look towards fresh UK economic data for direction.

This week, the second week of the month, is notoriously light on economic data for both the UK and the eurozone. Instead traders have been watching Brexit headlines and developments closely.

The pound is already trading 0.14% higher versus the euro this morning, after reports are surfacing that a growing group of Theresa May’s cabinet are starting to accept the need for a smooth, transitional Brexit. The complexity of Brexit and the need to avoid a cliff edge of change for businesses at the exit is driving this group, which includes the Prime Minister.

Traders will now look ahead to the UK industrial and manufacturing production data, which is due later this morning. This is an important economic release because it serves to give an indication as to the strength of the British economy. UK manufacturing activity has been expanding lately, as demand for UK goods has increased on the back of the Brexit weakened pound. A weaker pound has made UK goods cheaper for buyers with other currencies, this means that exports have also picked up across the year. Should manufacturing come in higher than the 0.6% pencilled in by analysts, then the pound could continue to push higher against the euro, as it heads towards the final day of trading for the week.

Can German inflation data on Friday boost the euro?

Euro traders have had little to sink their teeth into this week. In the absence of any high impacting economic data, demand for the common currency has been rather muted. Once again, today there is nothing of note on the economic calendar, instead investors will look ahead to Friday.

Friday sees the release of German inflation data in the form of the consumer price index. A strong inflation reading for Europe’s powerhouse could offer some support to the euro. Optimism towards Germany slipped at the beginning of the week when trade figures showed an unexpected contraction in German exports. Any signs that German inflation is increasing could increase the odds of the European Central Bank tightening monetary policy. This could boost the euro.