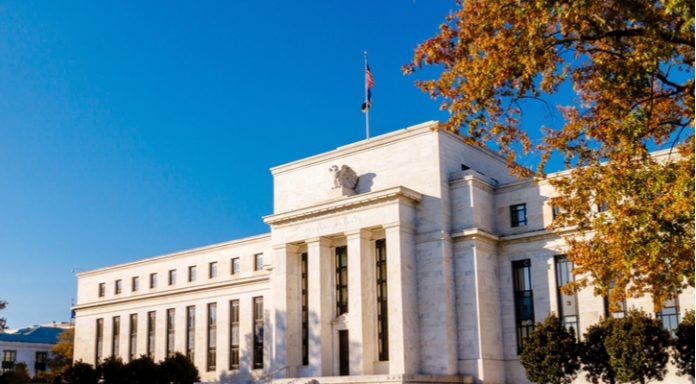 The pound finished the previous session flat versus the dollar at US $1.3966, after hitting an earlier high of US$1.4070. Monday was light on economic data for the pound, leaving politics to drive trading, whilst market participants look ahead to Fed Powell’s first appearance.

The pound started the day higher after comments by Bank of England (BoE) Deputy Governor Dave Ramsden in favour of a Spring interest rate rise. Ramsden, who was one of the two dissenters in November, voting against a rate rise, has changed his stance and now is openly in favour of hiking sooner. This boosted the markets hopes of an interest rate rise possibly as soon as May, which kept the pound strong.

Political developments then sent the pound lower after pro-Remain Tory rebels said that they would vote against the UK Prime Minister Theresa May and in favour of Labour. This came after UK opposition (Labour) leader Jeremy Corbyn unveiled his support to remain in the customs union post Brexit. This is an embarrassment for Theresa May as she struggles to keep her party united, ahead of critical meetings in Brussels. Should the Tory rebels vote cross party with Labour, this could throw Theresa May’s hold on power into turmoil.

Today there is no high impacting UK economic data, meaning that politics and Brexit headlines will continue to drive direction in the pound.

The dollar fell out of favour late in the previous session, after economic data disappointed market participants. Sales of newly constructed homes dropped unexpectedly at the beginning of this year. January’s selling price was 7.8% lower than the month earlier. This figure can be important to currency traders at it paints a picture of the health of the economy. Consumers snap up houses and demand is strong when consumer confidence is high. The dollar weakened on the back of the softer data; however, one weak data print doesn’t make a trend. Furthermore, January tends to be a difficult month due to seasonal lack of activity.

Today investors will be looking firmly towards new Federal Reserve Chair Jerome Powell as he testifies before Congress. Added to this economic data, including US inflation figures could create volatility for the dollar.