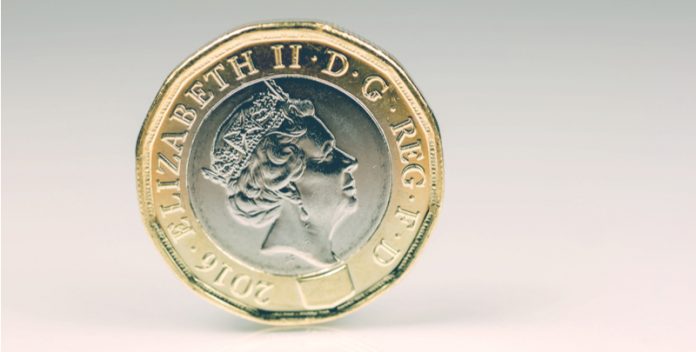 The pound started the week in the red against the euro in a fairly turbulent session on Monday. The release of mixed eurozone data outshone disappointing UK economic statistics. By the end of the session the pound had lost 0.1% versus the euro and was trading at €1.1385, as it continued to struggle to cross the €1.14 level.

Weaker than expected UK manufacturing data set the pound off on the wrong foot at the start of the week. Data showed that manufacturing activity in the UK grew much slower than analysts were forecasting in June, which caused the pound to weaken. After the uncertainty caused by the general election analysts had forecast a slight drop in confidence in June, but a drop to a three-month low was not expected. As manufacturing is a dominant contributor to the UK economy any slowdown is likely to be poorly received by investors, sending sterling lower.

Today sees the release of the construction PMI, which is expected to show a softening in growth in June. A weaker demand for house purchasing in general is expected to weigh on construction activity and confidence. Construction is not necessarily a large contributor to the UK economy, but combined with the manufacturing PMI they’re considered precursors to the more influential service sector PMI, the dominant sector in the UK economy. The service sector PMI is to be released on Wednesday, and disappointment here has the potential to move the pound significantly.

Mixed data in the eurozone meant that the demand for the euro fluctuated throughout the previous session. Stronger than expected manufacturing data boosted the euro, but was followed by weaker than expected unemployment data.

Unemployment in the eurozone remained at 9.3% instead of edging lower to 9.2%, disappointing the market. Investors were hoping for a lower unemployment rate because the closer a region is to full employment the more inflationary pressures pick up.

Today is a relatively quiet day for economic data in the eurozone with just wholesale inflation as measured by the producer price index. This data measures the change in the price of goods bought and sold by manufacturers. Should wholesale inflation look to be growing faster than analysts expect, then the hope of monetary policy tightening by the European Central Bank could help boost the euro.