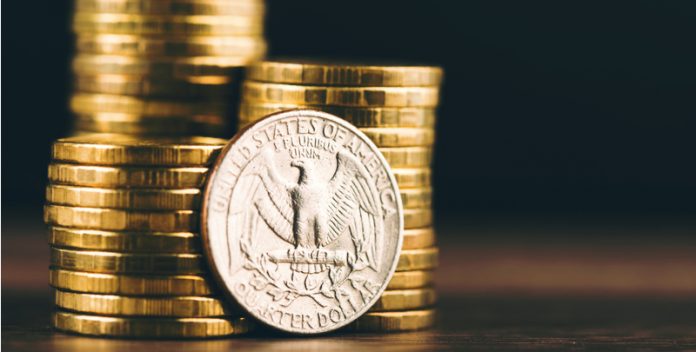 Another day in the White House and another controversy hits Trump, pulling the dollar lower and pushing the pound-U.S. dollar exchange rate higher. The latest story, accuses President Trump of sharing classified military information with the Russians in the Oval Office.

The past few weeks have seen numerous controversies hit the white house and as the list grows longer doubts are starting to be cast as to whether Trump will even last his first term. Even if he does survive though, it seems the possibility of him successfully pushing through his economic stimulus programme may have taken a hit.

Why the dollar cheered Trump’s victory

The dollar rallied significantly on Trump winning the U.S. Presidential elections, primarily because of his pro-business expansionary policies like corporate tax cuts and infrastructure spending. A sizeable corporate tax cut could cause a flood of money to be repatriated to the USA, which would then create a high demand for the currency and in turn increase its value versus other currencies. Whilst infrastructure spending in a country already close to full employment would push wages higher, it can also lead to more spending thus boosting inflation. This would then lead to higher interest rate expectations and a higher demand for the currency.

The dollar’s reaction to Trump’s controversies highlights the growing uncertainty that the President will be able to deliver on his expansionary plans and this has weakened the dollar across currency exchange rates. Subsequently, this has resulted in the pound-us dollar exchange rate moving higher, a surprise given the general weakness in the pound today compared to other currencies.

Sterling weak as cost of living increases 2.7% in UK

The pound was also having a weak day, albeit stronger than the dollar, after UK data showed that the cost of living had soared 2.7% over the past year. This is significantly higher than the Bank of England’s target level of 2% and whilst this movement would usually result in an increase in the value of sterling, as interest rates would be expected to increase sooner, today, sterling dropped in value.