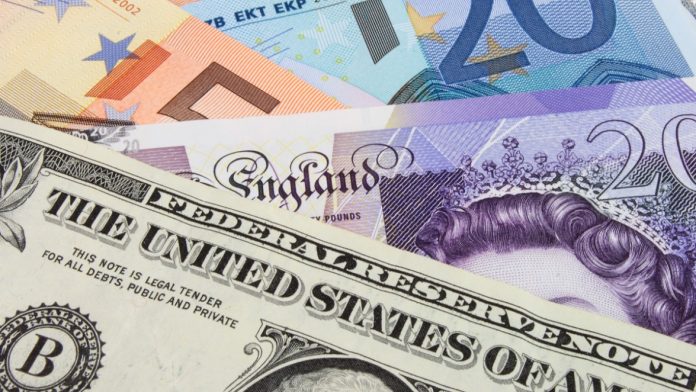 The pound plummeted to a two-year low versus the dollar on Wednesday, before paring some losses later in the session. The pound US dollar exchange rate recovered from a nadir of US$1.2383 to close 0.2% higher at US$1.2433. The pound continued to move higher in early trade on Thursday.

Brexit concerns continue to dominate movement in the pound. The pound sunk lower on Wednesday following remarks by the British Brexit Secretary Steve Barclay that the risk of a no deal Brexit was being underestimated. His comments came as investors grow increasingly concerned that Boris Johnson’s Brexit strategy will lead the UK to a disorderly Brexit in a few short months.

Economists and business leaders alike have frequently asserted that a no deal Brexit would be the worst-case scenario for UK businesses, the British economy and the pound. Investment banks have also weighed into the debate with Morgan Stanley predicting parity between the pound and the dollar in the event of a no deal Brexit.

Dollar Hit By Lack of US – Sino Trade Developments

Demand for the dollar took a hit in the previous session after a slew of weak housing data. The construction of new houses dipped in June and housing permits also declined to the lowest level in two years. The data indicated that the US housing market was losing momentum despite lower mortgage rates. This unnerved investors, particularly given the strong recent jobs data. Various economic data have given conflicting signs regarding the state of the US economy. However, the bigger picture of the Fed looking to cut rates is keeping pressure on the dollar

Today investors have turned their attention back towards the US — Sino trade dispute. The lack of progress being achieved by Trump and President Xi is unnerving investors. There has only been one phone call and no meetings since the G20 summit as the two sides struggle to overcome their differences. An ongoing trade dispute could weigh on the US economy, pulling the US dollar lower.