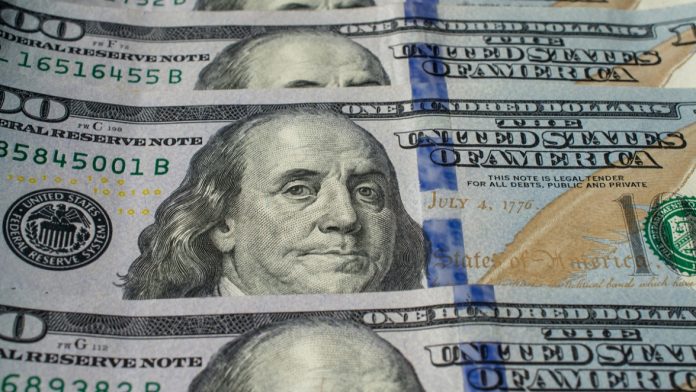 Brexit turmoil and a lack of fresh data sent the pound lower versus the dollar at the start of the week. The pound US dollar exchange rate dropped to a low of US$1.2510. This is the lowest level that the pair have traded at in three sessions. The pair is flat in early trade on Tuesday.

The pound was one of the weakest currencies in the previous session as Brexit concerns and a lack of fresh data sent the pound lower. With just under a week to go until the results of the Conservative leadership contest will be announced, Boris Johnson remains the front runner by a solid margin. Boris Johnson has continued with his no deal Brexit rhetoric which has unnerved pound traders leading to fears that a no deal Brexit is more likely come 31st October.

Today investors will look towards UK jobs data. So far, despite Brexit turmoil, firms have continued hiring, preferring to employ more staff than any long-term investment. Analysts expect employment to remain low at 3.8%. Average wages are expected to increase to 3.8% year on year in the three months to May. This would be a strong increase from the previous months 3.5% ad could boost demand for the pound.

Demand for the dollar was strong in the previous session following Chinse GDP release. Data showed that economic growth in the world’s second largest economy slowed to 6.2% in the second quarter. This is the slowest rate of growth in 27 years as the US — Sino trade war hit the Chinese economy. Tension between the US and China have caused the economy to slump and concerns are growing that the slowdown could have repercussions across the globe. The dollar moved higher as investors bought into the greenback for its safe have properties.

Today investors will look towards US retail sales data for further clues as to the health of the US economy. Data earlier this month showed that the US labour market was very strong and wage growth remained robust. Investors will now want to see whether this is being reflected at the tills. The Fed are poised to cut interest rates at the July FOMC meeting. A strong retail sales figure is unlikely to convince the Fed to not cut this month. However, it could help support an argument for a one and done cut.