Home GBP GBP/USD: Pound Out Of Favour As No Deal Brexit Pressure Ramps Up 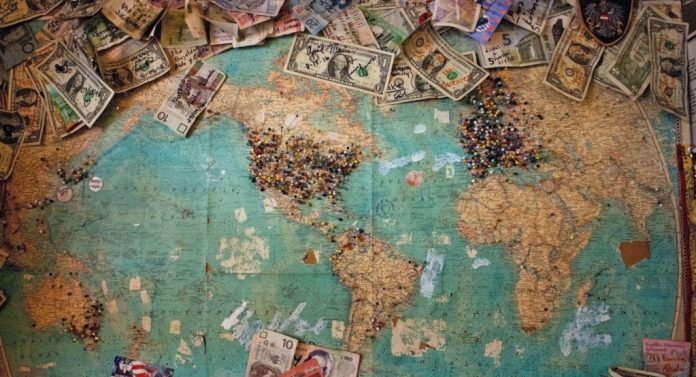 The pound sunk lower across the previous week, its third consecutive week of falls. The increased threat of pro- Brexit Boris Johnson winning the UK Conservative leadership challenge and becoming prime minister, sent the pound tumbling versus the US dollar. These losses were extended on Monday in the wake of the European Parliamentary elections. The pound US dollar exchange rate closed down 0.3% at US$1.2681.

Nigel Farage’s Brexit party was the standout winner in the UK for the European Parliamentary election. Support for the Labour party and Conservatives collapsed, whilst the Liberal Democrats also did well. Votes are sitting between two parties, one that supports Brexit and one that is in favour of a second referendum. With a country that remains so deeply divided over Brexit, the chances of a compromise being reached in Westminster looks highly unlikely.

Following from Nigel Farage’s victory, Eurosceptic Conservatives will be scrambling to put a leader in power that will take the UK out of the European Union at the end of October with or without a Brexit deal. According to economists and business leaders, this is not pound favourable. In Europe a strong performance by the pro-EU parties means that hopes of changes to the current negotiated Brexit deal have been dashed.

With the UK conservative leadership battle set to run until late July, the prospects of any political clarity remain limited.

Dollar Supported By Safe Haven Status Ahead Of Busy Week

The US dollar managed a broadly firmer finish in the previous week owing to its safe haven status. Investors continued to buy into the dollar as US — Sino trade tensions escalated. However, dismal pmi figures for both manufacturing and services, with both barely achieving expansion acted as a drag on the dollar. The data points to slowing economic activity as the US — Sino trade dispute rolls on.

After weak figures last week, investors will look ahead to this week’s’ US GDP reading on Thursday. Analysts are forecasting that it will tick lower to 3.1%, down from 3.2%. Following the GDP reading, investors will look to US inflation as measured by PCE. Analysts are expecting this to stay at a 19-month low of 1.6%. These numbers could encourage investors to sell out of the US dollar as the Fed are unlikely to hike rates amid falling growth and low inflation.