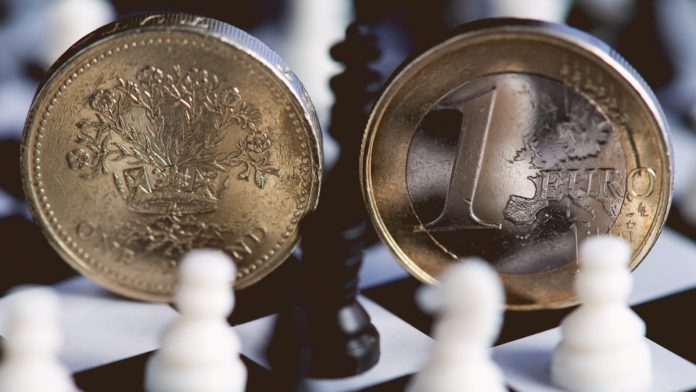 The pound extended losses versus the euro at the start of this week after shedding 1.5% against the euro in the previous week. The pair sunk to a fresh 3 month low of €1.1386.

The pound was trading at its lowest level since mid-February on Monday as investors continued to take stock of political developments. Cross party Brexit talks have broken down and UK Prime Minister Theresa May is to set out her timetable for setting down after a fourth vote on her Brexit agreement.

Theresa May is reportedly considering a much tighter customs relationship with the European Union in an attempt to win the support of the Labour party and to be able to push her deal through Parliament. The Prime Minister is expected to offer her proposals in a speech later this week. Whilst the speech is likely to appeal to those after a softer version of Brexit, several pro-Brexit cabinet members could resign if May takes this approach. Until there are signs of potential progress towards a resolution of Brexit issues, the pound looks set to remain under pressure.

With no high impacting data due for release today, investors will continue to focus on Brexit and look ahead to Wednesday’s inflation data. Analysts predict that consumer prices could move higher, which could offer some support to the pound.

The mood towards the euro improved slightly as investors digested German producer price data. Economists consider this data, which measures inflation at wholesale level, to be an indication of future inflation levels. German producer prices increased 2.5% year on year in April, up from 2.4% in March. Signs of higher inflation mean that the European Central Bank could be more inclined to consider hiking interest rates.

On going trade anxieties limited the appeal of the euro. Investors flocked into the US dollar as trade tensions between the US and China escalated. The euro trades inversely to the dollar, so strong demand for the greenback can limit demand for the euro.

Today the OECD will publish its economic outlook. Should the OECD slash growth expectations for the eurozone again, then the euro could come under pressure.