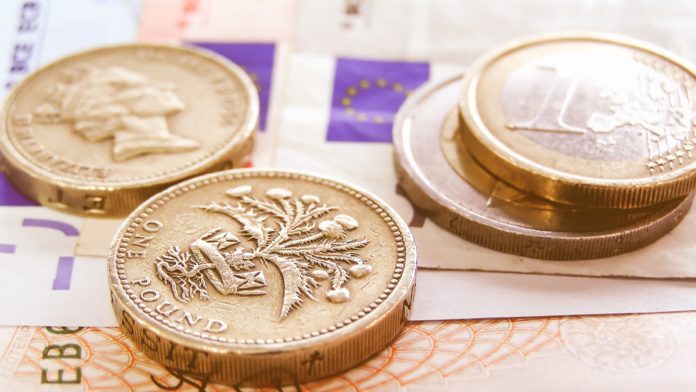 The pound was under pressure for a fourth straight session on Thursday. The pound euro exchange rate dropped to a low of €1.1563. This is the lowest level that the pair has traded at since April 30th. The pound was moving lower in early trade on Friday.

The pound moved lower again in the previous session. Cross party talks between the government ad the Labour party continued. There are doubts as to how much progress is being made, after Jeremy Corbyn, leader of the opposition party called on UK Prime Minister Theresa May to move her red lines in order to secure a deal. His comments suggest that there is still a reasonable distance between the two sides. This was then confirmed by a government spokesman who said there was still “significant work to be done”. As optimism over a cross party Brexit agreement faded the pound drifted lower.

After a quiet week as far as UK economic data was concerned, Friday could end with a bang. Investors will be watching UK GDP numbers for clues as to the health of the UK economy. Analysts are expecting the UK economy to have expanded at 1.8% year on year in the first quarter and an increase of 0.5% quarter on quarter. These figures would show that the UK economy was picking up despite lingering Brexit uncertainties. A strong reading could lift the pound.

There was little in the way of Eurozone data to drive trading in the euro on Thursday. Instead the euro was reacting to movement in the US dollar. The euro trades inversely to the dollar, so when the dollar dives the euro rallies and vice versa.

Investors attention was very much focused on the US—Sino trade talks after tweets and comments by President Trump over the US—Sino trade dispute. However, later in the session the dollar suddenly sold off on US inflation data boosting the euro.

With no eurozone economic data due for release today, the euro will once again be moving according to the dollar. The dollar has barely reacted to news that US—Sino trade talks have yielded little progress and that Trump has pressed ahead increasing trade tariffs on Chinese imports to 25%. US consumer inflation could prompt movement in the dollar and therefore the euro.