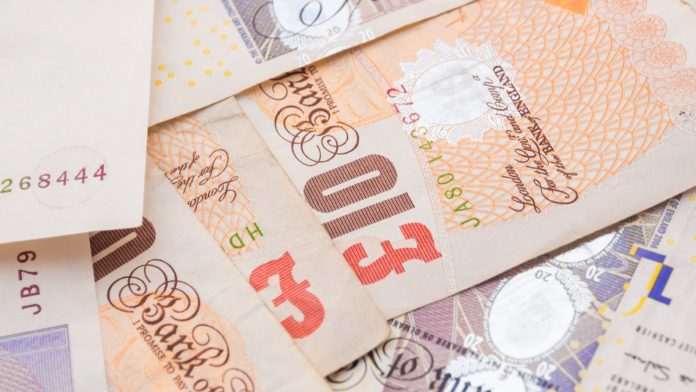 The Pound moved lower versus the euro for the 5th straight session on Friday, losing 0.2% to close at €1.1574. This put the total losses for the pound against the euro across the week at 1.6%.

Sentiment for sterling dampened across the previous week as reports surfaced that cross- party Brexit negotiations between the government and Labour party were near collapsing. The mood towards the pound soured further when it was announced that the UK would be taking part in European Parliamentary elections on 22nd May.

There are growing calls from within the Conservative party for UK Prime Minister Theresa May to hand in her resignation. This is something she is so far refusing to do, or even layout a timetable for until a Brexit deal has been agreed to by the House of Commons.

Opinion polls over the weekend show a surge in support for Nigel Farage’s Brexit party, highlighting the scale of the threat to the UK Conservative party in not just the European elections but also a possible general election. This could prove too much for many Conservatives to accept. Pressure will mount on Theresa May to quit, with backbenchers threatening to tear up the rule book and make another attempt to out her should Theresa May refuse to set a leaving date. Pound traders are fearful that a hard-line Brexiteer could take her place.

Concerns over Brexit and domestic political woes mean that the pound barely reacted to UK GDP data. The UK economy grew 0.5% quarter on quarter as analysts forecast. There is no UK data due for release today.

The euro advanced across the previous week, despite the European Commission cutting growth forecasts for the bloc. The EC is only predicting 0.5% growth for Germany this year, down from 1%. Concerns over the health of the Eurozone economy has kept the European Central Bank from hiking interest rates this year. More weak data will only push interest rate expectations out further.

There is no high impacting economic data due for release today. On Tuesday, Germany will be back in focus with inflations figures.