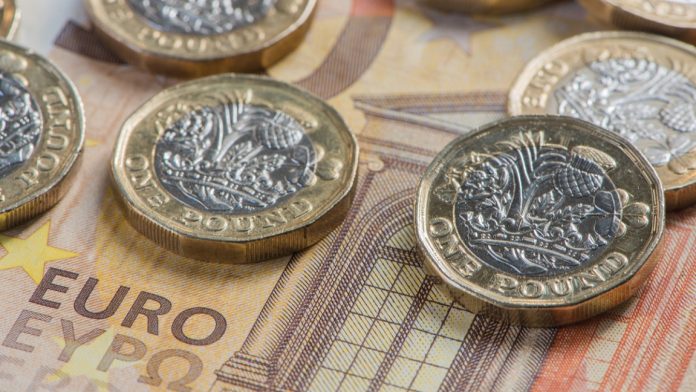 Frustrations over Brexit sent the pound falling again on Wednesday, whilst ECB President Mario Draghi and German data lifted the euro. The pound euro exchange rate dropped to a low €1.1595, its lowest level since the end of April.

After last weeks’ optimism over Brexit, sterling fell for the third straight session on Wednesday. Hopes have quickly faded that cross party talks between the government and the Labour party will break the Brexit impasse in Westminster.

The calls for Theresa May to resign are growing louder by the day. Particularly as the UK looks set to take part in the European elections on 22nd May. This will be a event that could divide the UK Conservative party further. The elections will serve to highlight Prime Minister Theresa May’s failure to deliver Brexit, something the hard-line Brexiteers in the party are finding difficult to deal with.

In an attempt to calm those attempting to oust her, Theresa May has said that she will try to push the Brexit deal through Parliament in two weeks, in a desperate bid to avoid the toxic EU elections. However, with no accord with the Labour party in sight, the chances of the deal making it through the House of Commons is slight. Anther fail could send the pound lower.

The euro was broadly in favour in the previous session after German data provided a ray of light and European Central Bank President Mario Draghi gave an optimistic message.

The better than forecast data could boost the Germany’s first quarter GDP data, which is due to be published next week.

The eurozone economic calendar is quiet for the rest of the week. Euro trades will pay close attention to the US — Sino trade dispute. The euro traders inversely to the dollar so should tensions rise again between the US and China as trade talks kick off today, the dollar could rally, weighing on demand for the euro.