Home GBP Pound Back Above $1.30 Versus the Dollar As A Busy Week Begins 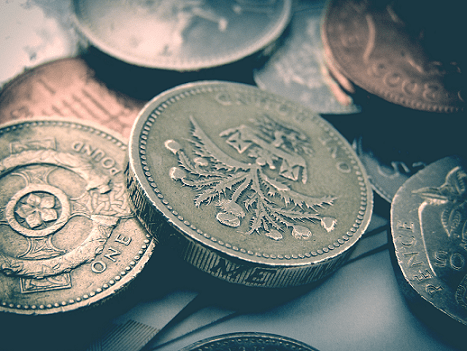 Brexit is back in focus for traders of the pound, as UK Prime Minister Theresa May returns from her summer break. Key aspects of the British strategy for Brexit are expected to be released over the coming week in a series of critical papers. These papers are to flesh out where the government is positioning itself in the negotiations and could have significant potential to move the pound. Should there be increased signs of a smooth, transitional Brexit, the pound could benefit.

After mildly stronger than expected industrial production data last Thursday, pound traders have had little else to digest in the way of economic data. This will continue to be the case until inflation data on Tuesday.

Geopolitical fear and Federal Reserve minutes to move the dollar?

The US dollar is set for a volatile week as investor will be torn between geopolitical developments and high impacting releases.

Last week was a relatively quiet week as far as influential economic data was concerned. So investors will be keen to digest the details from the latest Federal Reserve monetary policy meeting. The details, released on Wednesday should allow investors to gauge once more the odds of another interest rate hike before the end of the year. Should they indicate an increased likelihood of rates increasing again this year, then the dollar could build on last week’s gains. However, it’s worth bearing in mind that the Fed tend to deliver fairly measured statements, devoid of show stopping rhetoric.

Currently investors are putting the odds of a rate hike at 38%. Strangely enough, rate hike expectations have actually decreased over recent weeks, despite the US labour market posting stronger data and inflation picking up for the first time in five months. Usually stronger data increases the chances of an interest rate hike.

Newsflow from the White House could throw all of this off course. President Trump and North Korea’s Kim Jong Un sent threats throughout last week, culminating in President Trump floating the idea of a military option on Friday. Fear of war between the two nations has increased flows into safe haven currencies, such as the dollar. Any signs that US Officials are seeking to reduce tensions, could impact on the dollar.