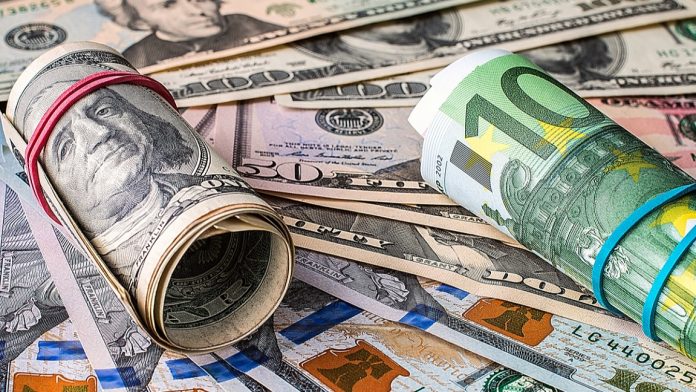 The pound US dollar exchange rate slipped from session highs on Wednesday following the Federal Reserve policy announcement. The pair dropped from a high of US$1.3100 to close at US$1.3054. The pair was trading flat in early trade on Thursday.

The pound traded higher versus its major peers on Wednesday. Pound traders shrugged off data that showed that growth in the UK manufacturing sector slowed in April. The manufacturing pmi dropped to 53.1, in line with analysts’ expectations but down from 55.1 in March. The decline comes as companies eased back on stockpiling as Brexit was pushed back until October. New orders also slowed, particularly from Europe US and China. Usually weaker data would pull the pound lower. However, Brexit optimism was keeping demand for the pound strong.

Hopes are building that cross party talks between the government and the opposition party are progressing. The UK Prime Minister Theresa May hinted in question time that she could accept a compromise over a customs union in order for the talks to progress. This would result in a softer version of Brexit, but a Brexit deal nonetheless. The pound is rallying on optimism that the two sides can push an agreement over the line possibly in the coming weeks.

Today the Bank of England (BoE) will give its policy announcement. Analysts are not expecting any changes to monetary policy. Even though the Brexit deadline has been extended to October, UK economic growth is expected to remain subdued as Brexit uncertainties linger. As a result, the BoE is still cornered over Brexit.

The Fed kept interest rates on hold as analysts expected. However Fed Chair Jerome Powell also dampened prospects of a rate cut by the central bank before the year was out. Powell said that the recent soft inflation was likely due to transitory factors and stuck to his neutral stance.

The markets had been assuming a 65% chance of a rate cut this year, prior to the Fed meeting. This has since dropped to 50%. As dollar investors digest the Fed’s rejection of a rate cut, the dollar moved higher.