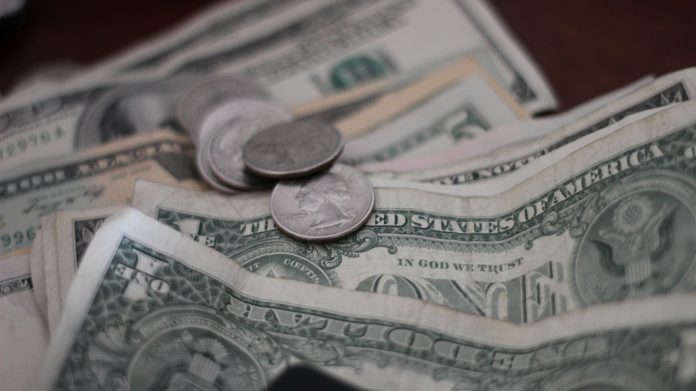 Weak U.K. inflation data pulled the pound lower versus the euro on Wednesday. The pound euro exchange rate dropped to a nadir of €1.1519 before picking up marginally towards the close.

U.K. inflation, as measured by the consumer price index (CPI) disappointed investors. Analysts had been predicting an increase in inflation to 2% in March. However, inflation remained steady at 1.9%, unchanged from February. The fact that inflation didn’t move higher was surprising given the recent strength in wages. Furthermore, inflation below the Bank of England’s 2% target will keep the central bank in wait and see mode for longer. With Brexit uncertainties still lingering and inflation holding steady the central bank has few reasons to consider hiking interest rates.

More bad news for the pound followed as VISA reported that consumer spending fell again in March. Declines of 0.2% follow declines in January and February of 1.2% and 1.8% respectively, as political and economic in uncertainty weighed on consumer sentiment. Reduced spending decreases inflationary pressures, meaning an interest rate rise from the BoE was less likely.

Economic data will stay in focus today, as investors look to retail sales. Analysts are predicting that retail sales will have increased again in March to 4% year on year. Given the Visa data released on Wednesday, such a stellar reading would be surprising. Should retail sales data show that the U.K. consumer er continued to spend strongly in March the pound could get a well needed boost.

The euro was broadly in favour despite data showing that inflation for the block ticked lower in March. Eurozone consumer price index printed at 1.4% in line with analysts estimates but down from 1.5% in a February. Inflation remains lacklustre in the eurozone and well below the European Central Banks target of 2%. This means that the central bank will be under no pressure to hike interest rates soon. Only last week ECB President Draghi noted that the economic outlook for the region remains weak. With no hikes in sight the euro could start to struggle.

Today investors will turn their attention to the eurozone pmi readings. Particular attention will be on Germany’s manufacturing sector which contracted sharply again last month. Another fierce slowdown for the sector could pull the euro lower.