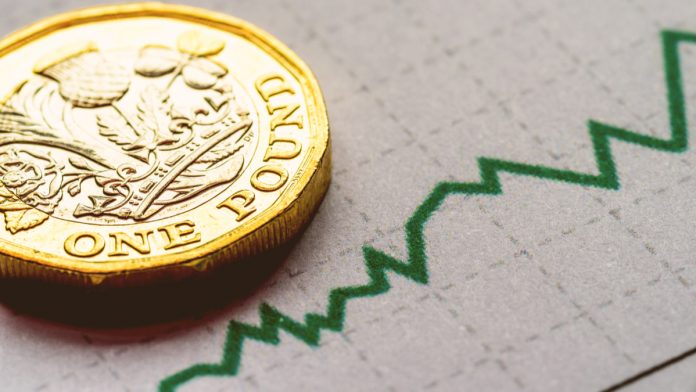 Thin bank holiday trading conditions combined with a very light economic calendar saw the pound edge steadily lower versus the euro on Monday. The pound euro exchange rate dropped to a low of €1.1525, close to where it ended the session.The pound was gaining ground in early trade on Tuesday.

With UK politicians on Easter recess last week, pound traders were able to focus on UK economic data rather than the continuing Brexit drama. Data reaffirmed solid labour market conditions, with wages growing at 3.5% year on year, the fastest pace in over a decade. Strong wages helped retail sales jump to an impressive 6.7% on an annual basis. UK consumers keep spending despite looming Brexit uncertainties. Inflation slightly missed the mark at 1.9% rather than the 2% analysts forecast.

Despite overall upbeat UK data, the pound dipped lower across the previous week. This is because investors do not believe that the Bank of England will hike interest rates prior to the Brexit deadline in October.

For the coming week, the focus will return squarely to Brexit as ministers return from the Easter break. Cross party talks have continued in the background, however up to now the news flow doesn’t point to any significant progress. Both sides failing to find any middle ground means talks have as good as stalled.

Euro Steady Ahead Of Quiet Day

The euro moved broadly higher across the previous week. A strong German ZEW Financial Market Survey reading set the common currency off on the right foot. The improvement in sentiment is largely based on the belief that the global economy will develop less poorly than originally predicted.

The euro continued to climb despite a mixed bunch of PMI readings. The manufacturing PMI’s for the bloc brought with it good and bad news. On the positive front, activity in the manufacturing sector rebounded after falling for eight straight months. On the negative side, the rebound was very modest.

This week investors will focus on the IFO sentiment data to see whether it supports the findings from the ZEW survey. Brexit and progress in US — China trade talks will also be watched closely.