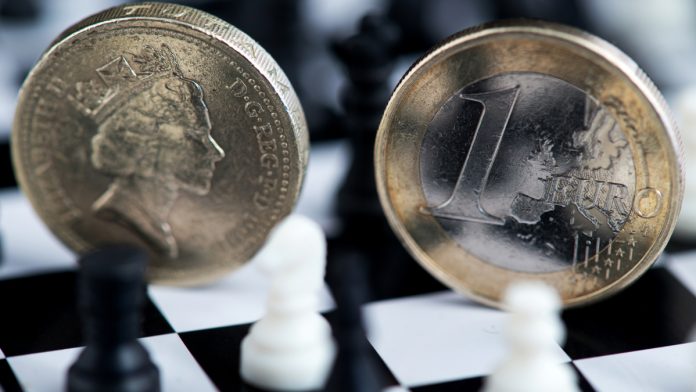 Investors nerves were put to the test on Thursday amid continued chaos in Westminster. The pound euro exchange rate dropped to a low of 1.1616. This is the lowest level that the pair has traded at in a week. The pound rebounded in early trade on Friday.

Brexit uncertainty weighed on demand for the pound in the previous session. With just two weeks to go until the Brexit deadline, the UK government doesn’t appear to be any closer on deciding a way forward for Brexit. From 8 alternative Brexit options, the House of Commons failed to vote for even one with a majority. Looking at a breakdown of the votes there was a preference towards a softer Brexit and towards a second referendum, however not even these options secured a majority.

Theresa May will put her Brexit deal to Parliament for a third and final vote today. By offering to resign ahead of the next stage of Brexit, Theresa May has gained some support from Eurosceptics such as ERG leader Jacob Rees-Mogg and former foreign secretary Boris Johnson. However, the DUP have not been swayed and insist they will not support Theresa May’s deal. It therefore looks unlikely that Theresa May’s deal will pass. Without Theresa May’s deal, without a Plan B and with the default option still being a no deal, pound traders are starting to get nervous.

The euro was broadly weaker in the previous session, although not as weak as the pound. Soft German inflation data dented the mood for the common currency. Analysts had been expecting German inflation to remain steady in March at 1.5% year on year and actually increase 0.6% on a monthly basis. Market participants were left disappointed with an annual print of just 1.3%.

With inflation in the eurozone’s largest economy slipping further away from the central bank’s target of 2%, the probability of an interest rate hike is being pushed back into the future.

Today the focus will remain on Germany, this time on the labour market. Analysts are predicting that unemployment will fall to 4.9% down from 5%. More people being employed is good news for the economy and is a sign of economic strength. A strong reading today could help lift the euro.