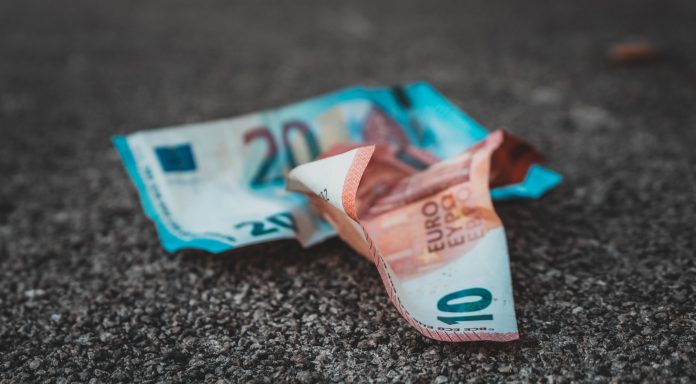 As Brexit nerves took hold and UK Prime Minister Theresa May suffered another humiliating defeat in Parliament, the pound edged steadily lower versus the euro. The pound euro exchange rate dropped to a low of €1.1313 despite, German GDP data disappointing.

The pound dropped surely and steadily across the previous session and continued to decline after Theresa May experienced another embarrassing defeat in the House of Commons. Theresa May lost the support of Parliament for her Brexit plan B. Her political maneuvering has angered both Eurosceptics and pro-Remainers in the conservatives. As a result she lost the vote allowing her to continue to try to renegotiate the Irish backstop arrangement in her Brexit deal.

This means that the UK is still heading towards Brexit on 29th March with no Brexit deal in place. Given that a no deal Brexit is the worst outcome for UK businesses and the UK economy, the pound was under pressure.

Today pound traders will remain fixed on Brexit headlines. Particularly because the next steps of Brexit remain unclear. Any signs or optimism that the UK will avoid a disorderly Brexit could boost the pound.

The euro remained firm despite German GDP disappointing at 0%. Analysts had been expecting economic growth in Europe’s largest economy to have picked up in the fourth quarter after contracting in the third quarter of the year. However, investors were happy to shrug off Germany narrowly avoiding recession.

The euro found strength from dollar weakness. The euro trades inversely to the dollar. The dollar was weaker on Thursday as investors grew increasingly concerned over the health of the US economy. The weakest retail sales figures in 9 years sent a shiver through the markets. Investors are fearing that the slow down in the US economy could be worse than initially feared. As the dollar slid, the euro rallied.

Today there is no high impacting eurozone or German economic data to drive movement in the euro. Instead the euro will trade at the will of the dollar and the pound.