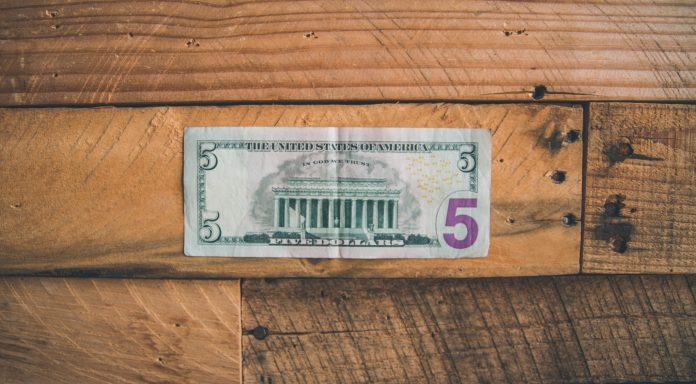 The pound’s spike higher back towards US$1.30 was short lived on Wednesday. The pound quickly gave back gains following strong US inflation figures and as Brexit nerves took hold. The pound US dollar exchange rate ended the previous session pushed back below US$1.29 to a low of US$1.2843.

The pound initially fell lower versus the dollar in the previous session. UK CPI data showed that inflation fell by -0.8% month on month in January. On an annual basis inflation slipped to 1.8%. This is the first time in two years that inflation has fallen below the Bank of England’s 2% target. Lower inflation will be well received by households who have had paychecks squeezed through higher inflation since the Brexit referendum. However, inflation falling short of the BoE’s 2% target will not encourage the central bank to tighten monetary policy anytime soon.

Parliament could attempt to take more control over the Brexit process today with more debates and votes in the Commons. As UK Prime Minister Theresa May has already said there will be another vote on 27th February, this removes some of the pressure off today’s votes.

The dollar picked up on Wednesday, resuming its rally after pausing on Tuesday. The dollar moved higher following the release of stronger US inflation data. The US consumer price index remained unchanged for a third consecutive month in January, held back by cheaper petrol prices. However, core inflation, which removes more volatile items such as food and fuel, unexpectedly moved 0.2% higher. The fifth straight month of gains. Stronger inflation boosts the value of the dollar by raising expectations of a Fed rate hike.

Investors will now look towards US retail sales for further clues as to the health of the US economy. Economists often consider retail sales data an indication for future inflation. Strong sales numbers could lift the dollar further.