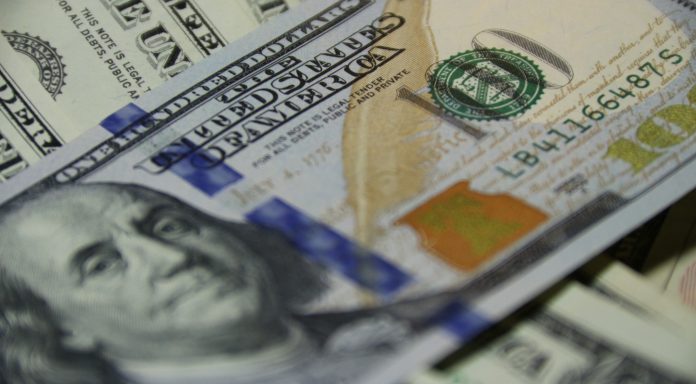 The pound tumbled versus the US dollar across Thursday as Brexit jitters hit sentiment. The pound US dollar exchange rate dropped to a 4 week low of US$1.2773 before picking up slightly towards the close.

The pound dropped to its lowest level in 4 weeks ahead of the Brexit vote in Parliament. Rumors across Wednesday that UK Prime Minister Theresa May would lose the vote in the Commons hit demand for the pound. Theresa May suffered another humiliating defeat on Wednesday with 303 voting against her and 258 in favour. Parliament rejected Theresa May’s Brexit approach for a second time as the Eurosceptics in her party revolted.

Theresa May was attempting to buy herself more time to renegotiate the Irish backstop arrangement in her Brexit deal. However, her political manoeuvring has angered both Eurosceptics and pro-Remainers. As a result, she lost the vote.

This means that the UK is on track to leave the EU on 29th March without a deal, even though Parliament is not in favour of a no deal Brexit. The next steps of the Brexit process look rather vague. The lack of clarity and certainty is hurting the pound.

Investors will remain glued to Brexit headlines today. Any signs or optimism that a hard, no deal Brexit will be avoided will support the pound. Otherwise Brexit nerves are likely to keep sterling under pressure.

The dollar dropped sharply and across the board on Thursday, except against the pound, following weak retail sales data. US retail sales were significantly softer than what analysts had been expecting. Retail sales unexpectedly declined -1.2% in December, rather than increasing 0.1%. This was the worse drop in retail sales in nine years and raises concerns that the US economy is cooling more quickly than market participants had originally feared.

The data supports the Fed’s view of holding off on raising interest rates and could mean the next hike is some way in the future. As a result, the dollar dived.