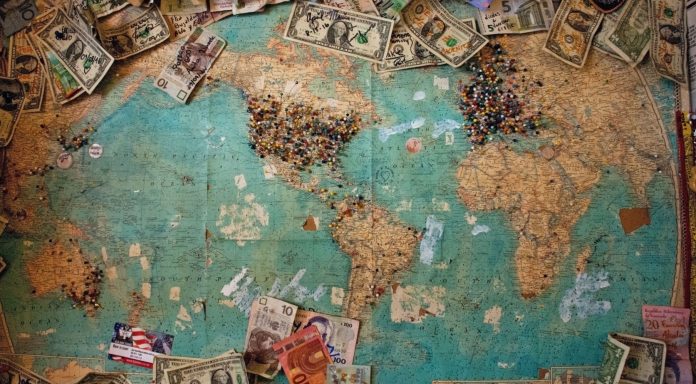 The pound tumbled below US$1.29 for the first time in three sessions on Monday, as weak UK data hit the pound, whilst safe haven investors brought into the dollar. The pound US dollar exchange rate fell continuously across the day hitting a low of US$1.2846.

Data showing the UK economy buckling under Brexit stress and amid a slowing global economy sent the pound lower on Monday. UK GDP printed at just 1.3% year on year, below analysts’ expectations of growth of 1.4%. In December alone the UK economy contracted by -0.4% month on month. Business investment has dried up as the UK has just 45 days to go until Brexit and no deal in place.

Businesses cut investment for the fourth straight month. This is the longest running decline in business investment since the financial crisis. Examples have been hitting the headlines, such as Nissan pulling the manufacturing of a new model from Sunderland and Airbus threatening to do something similar. As the UK economy weakens so has the value of the pound.

Today there is no influential UK economic data. Brexit will drive the movement in the pound. UK Prime Minister Theresa May is holding talks with the leader of the main opposition party Labour. Through offering further concessions Theresa May is hoping to win the support of a Labour in a desperate attempt to push her Brexit deal through Parliament. She will give a speech to the House today.

US Avoids Another Government Shutdown

The dollar was in demand on Monday, boosted by its safe haven status. As US — Sino trade talks got underway in Beijing, investors watched headlines closely. Last week news that President Trump would not be meeting with China’s President Xi Jinping before the end of the 90-day trade truce rattled investors. In times of geopolitical tensions investors buy into safe haven currencies, such as the dollar, the reserve currency of the world.