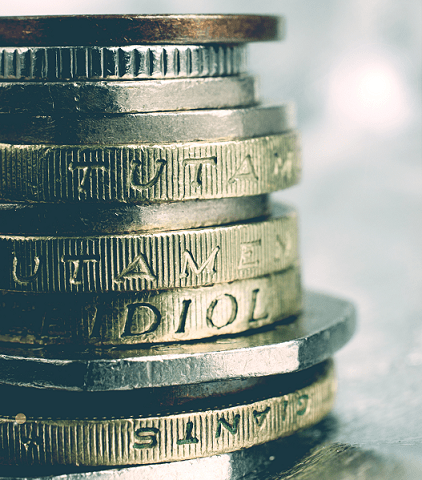 The pound US dollar exchange rate is in wait and see mode after a heavy sell-off in the previous session and ahead of the highly influential US jobs data later today.

Sterling dropped over 1% in the previous session to a low of US$1.3115, after traders were left less than impressed by the Bank of England’s conservative tone. Only 2 of the 8 members of the monetary policy committee (MPC) voted to hike rates, with chief economist Andy Haldane sticking with the doves for the time being.

In addition to leaving the interest rate unchanged at a record low of 0.25%, the central bank revised its growth forecasts lower as Brexit uncertainty hits. The BoE is now projecting that the British economy will grow by 1.7% in 2017 down from 1.9% and 1.6% in 2018 from 1.7%. The minutes released from the meeting suggested that policy makers were unlikely to look towards raising rates in the near future despite inflation staying above the central bank’s 2% target.

The meeting dashed hopes that the UK interest rate may rise sooner rather than later, giving investors little reason to buy the pound.

With little in the way of economic data to support sterling, the outlook for the currency is weak as it moves towards the weekend.

Can today’s non-farm payroll save the dollar?

Demand for the dollar was also weak in the previous session, which capped the pound’s losses versus the buck. Whilst the chaos in Washington has seemingly died down, investors are able to shift their attention back to economic data.

In the previous session US jobless claims came in better than analysts expectations coming in at a near 44 year low. However, the manufacturing data was notably weak, which prevented to pound US dollar exchange rate from dropping further in the afternoon.

Next up is the all-important US non-farm payroll data, which will offer fresh insight on the US interest rate outlook. Currently analysts are expecting 180,000 new jobs to have been created in July. Investors and analysts alike will be paying particular attention to the wage growth figures from the report, which are expected to show a year on year increase of 2.4%, a slight cooling from June’s figure of 2.5%. Strong wage growth points to higher inflation expectations down the line, and ultimately increases the chances of an interest rate hike.