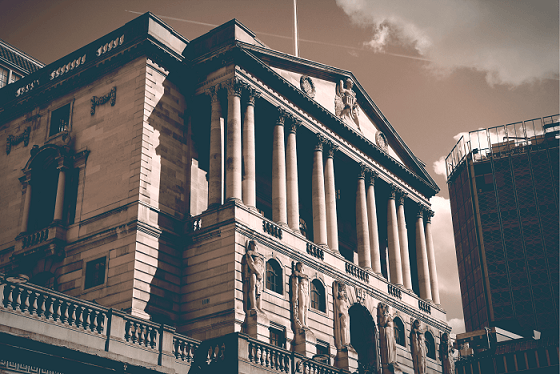 As analysts had predicted, the BoE voted to keep interest rates on hold at record lows of 0.25%. Two of the eight policy makers voted to increase rates, with BoE Chief Economist Andy Haldane sticking with the majority.

The central bank also revised its economic growth and inflation outlook lower in the quarterly inflation report. The BoE is now expecting the UK economy to grow in 2017 by 1.7%, down from 1.9%, and in 2018 by 1.6%, down from 1.7%. In the inflation report the central bank said that wages were likely to remain subdued for the rest of the year, whilst also cutting salary growth for 2018 to 3% from 3.5% previously pencilled in.

Minutes from the Monetary Policy Committee meeting also highlighted the unlikelihood of an interest rate rise soon. The minutes noted “Attempting to offset fully the effect of weaker sterling on inflation would be achievable only at the cost of higher unemployment and…even weaker income growth”.

Following the trio of releases, the odds of an interest rate rise in the UK have fallen, meaning investors have little reason to favour the pound. Heading towards the weekend and with nothing in the way of economic data to offer support, the outlook for the pound is weak.

The mood for the euro was also muted in the previous session after the release of the European Central Bank’s (ECB) latest Economic Bulletin. Although the mood was not sufficiently weak so as to prevent the pound euro exchange rate dropping heavily.

The Economic Bulletin provided the markets with guidance as to where the ECB sees the eurozone economy heading in the coming months. Investors were left disappointed by the central bank’s neutral to conservative tone after it said it’s view on inflation remains cautious. The ECB’s comments served to reduce interest rate hike expectations, weighing on the demand for the common currency.