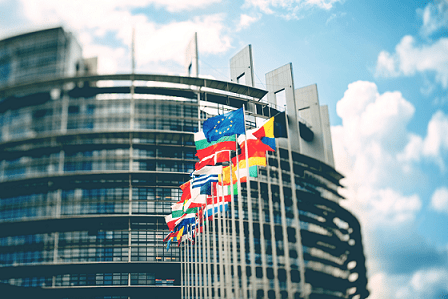 The pound is weakening against the euro as trading kicks off on Wednesday. After a volatile previous session, the pound has been unable to hang onto earlier gains and is 0.2% lower versus the euro at the time of writing. This takes the pound euro exchange rate to €1.1165, although notably still above the previous session low of €1.1141.

Pound traders are waiting cautiously for “super Thursday”, when the Bank of England (BoE) will release its interest rate decision as well as the quarterly inflation report. In the meantime, business sentiment indicators in the form of the purchasing manager index for manufacturing, construction and the service sector will provide a distraction.

Today pound traders will be looking towards the construction pmi. Investors are not expecting a show stopping figure and any reading in the index below the 54 figure forecasted by analysts could see pressure remain firmly on the pound. A number of 50 is the figure which separates expansion from contraction.

Demand for the euro picked up in the afternoon of the previous session as investors processed strong unemployment figures from Germany and a solid eurozone GDP reading. The eurozone economy grew by 2.1% year on year or 0.6% month on month, which is twice the rate of growth in the UK and its fastest pace of growth since the beginning of the debt crisis six years ago.

The eurozone has now expanded for 17 straight quarters since 2013, whilst unemployment has dropped to a nine year low of 9.1% in the bloc. 1.5 million people left unemployment during the course of the last 12 months. The figures pouring out of the eurozone continue to impress investors and analysts alike and as a result the euro is charging higher.

Looking ahead, high impact eurozone data is in short supply today, with investors now looking towards retail sales data for the bloc due on Thursday.