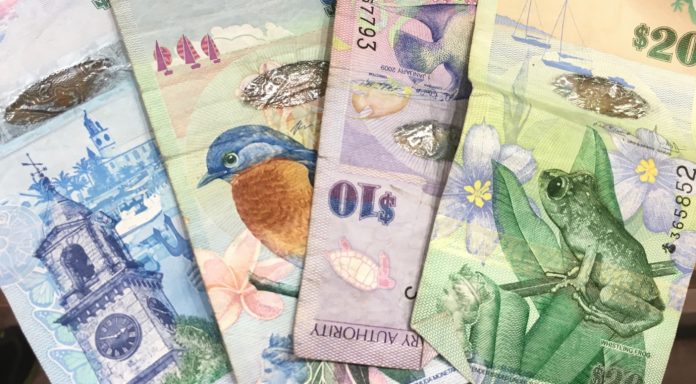 Brexit uncertainty and concerning data sent the pound lower versus the dollar for a fourth straight session. The pound US dollar exchange rate hit a low of US$1.2699 before rebounding slightly towards the close. The pound is edging higher in early trade on Tuesday.

The pound was once again out of favour on Monday, as concerns over Brexit remain at the forefront of investors’ mind. UK Prime Minister Theresa May came under pressure to release the legal advice document on Brexit. The overview of the legal advice brought to light several uncomfortable points. One such point was that the UK would not be able to leave to the backstop unless a trade deal was agreed with the EU. This could take years. The Irish backstop has been one of the most fiercely argued issues over Brexit. The latest development will not help Theresa May drum up support for her Brexit deal, making a no deal Brexit more likely. In fact MP’s believe that the full legal document will show that the UK could be indefinitely tied to the EU.

Signs of Brexit slipping into economic data also weighed on the value of the pound. UK manufacturing activity increased in November to 53.1, up from 51.1 in October and significantly above analyst expectations. However, the increased activity was due to an increase in domestic orders. This is most likely firms starting to stockpile ahead of an increasingly likely no deal Brexit.

Today investors will look towards a speech by Bank of England Governor Mark Carney. Recent speeches by Mark Carney have been stark warnings over the expected impact of Brexit and no deal Brexit on the UK economy. Another strong warning from Carney could send the pound lower.

The dollar lost ground across the board, with the exception of the pound, as investors continued cheering news of a trade truce between the US and China. The truce of 90 days aims to see the two power agree a trade deal within this time. Given the US dollar is a reserve bank currency it is also considered a safe haven. When trade tensions escalated, the dollar moved higher. As geopolitical tensions eased the dollar dropped lower.

There is no high impacting US data due today. Investors will search for fresh information regarding the trade truce, with headlines set to direct any movement in the dollar.