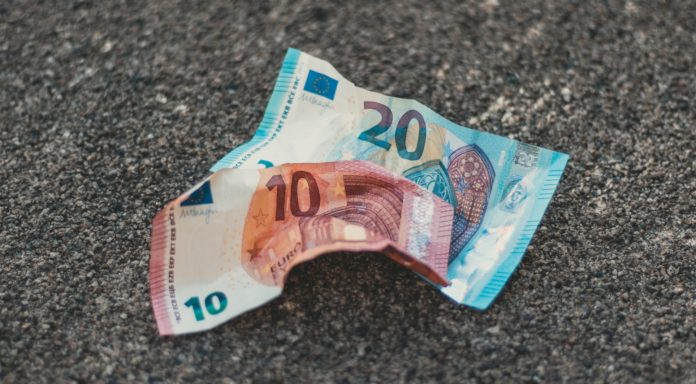 The pound dropped steadily versus the euro on Monday. Brexit uncertainty weighed on the pound, whilst the euro moved higher on dollar weakness. The pound euro exchange rate hit a low of €1.1205.

Th pound was under pressure again on Monday as Brexit uncertainty continued to dominate investors’ minds. UK Prime Minister Theresa May bowed to pressure from MP’s to release an overview of the 43 page legal advice document concerning Brexit. The document highlights some uncomfortable points which are unlikely to help Theresa May push the Brexit deal through Parliament. The overview of the legal document pointed out that should the backstop provision be triggered, the only way out would be a trade deal with the EU, which could take years to agree. The backstop is one of the most contentious issues in the Brexit deal. MP’s believe the full legal document could show to UK is indefinitely tied to the EU.

Brexit uncertainty was also seeping into UK economic data which unnerved investors. UK manufacturing activity picked up in November to 53.1, up from 51.1 in October and well ahead of analyst’s expectations of 51.7. However, looking deeper into the numbers, they show that the increase in activity was down to increased domestic demand. The most likely reason for this is firms stockpiling in the case of a no deal Brexit.

Today investors will look towards a speech by Bank of England Governor Mark Carney. Recent speeches by Mark Carney have been hard hitting earnings over the impact of Brexit. Mark Carney is unlikely to change his tone heading towards the Brexit vote.

A weaker dollar helped lift the euro in the previous session, however gains were capped by soft manufacturing activity data. The euro often trades inversely to the dollar. The dollar fell on Monday following a trade war truce between US and China. As a result, the euro was in demand.

The gains in the euro were kept in check by release of eurozone manufacturing purchasing managers index (pmi). The data showed the manufacturing activity in the eurozone continued to soften in November. The pmi dropped to 51.8 from 52, its softest reading since August 2016. This is yet another sign that the eurozone economic growth is losing momentum, which will unnerve investors.

Eurozone inflation at wholesale level, in the form of producer price index (PPI) will be in focus today. Analysts expect inflation to remain steady at 0.5% increase month on month.