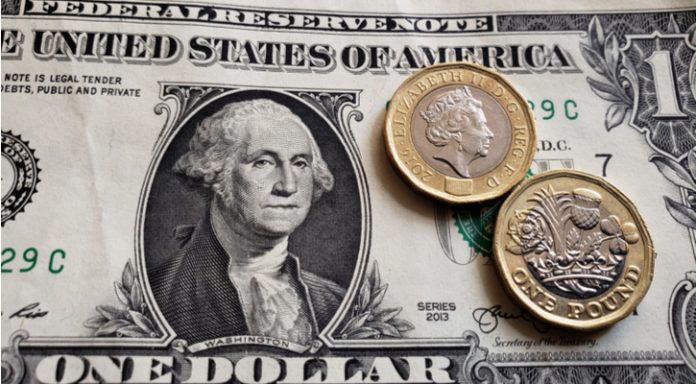 The pound was broadly under pressure on Thursday as Brexit fears continued to drive movement in the pound. The pound tumbled 0.3% versus the dollar in the previous session to close at US$1.2785. The pair were trading flat in early trade on Friday.

The pound had remained under pressure across the week as Brexit nerves weigh on sentiment for sterling. There are still heavy doubts as to whether UK Prime Minister Theresa May can push her Brexit deal through Parliament. European Union’s chief negotiator once again clarified that there is no other option on the table, if Parliament vote down this version of Brexit, the UK will face a disorderly no deal Brexit.

These comments come just a day after UK government economists and the Bank of England governor Mark Carney painted a bleak outlook for the UK economy, no matter which version of Brexit was chosen. However, the outlook under a no deal Brexit was particularly dismal with the economy expected to contract, house prices, inflation and unemployment set to rise.

Today, Brexit will be in focus and once again drive the value of the pound. Investors could also look towards Nationwide House price index. This is expected to show that house prices growth has ticked higher after growing at the slowest pace in 5 years in October. This could offer a little support to the pound.

The dollar strengthened in the previous session, despite minutes from September’s Federal Reserve monetary policy meeting supporting a more cautious tone from the Federal Reserve System ( Fed ). Whilst the minutes did nothing to discourage the markets that a hike was on the way in December, they did fuel expectations that the Fed was close to pausing interest rate hikes. Expectations for fewer hikes across the coming year would usually drag the dollar lower; however concerns over geopolitical tensions ahead of the G20 Summit boosted the dollar.

The G20 Summit kicks off in Buenos Aires today. Investors will be watching for any easing in trade tensions between the US and China. The dollar has benefited from trade tension so far. Should there be any signs of progress between Trump and China’s President Xi, the dollar could dip lower.