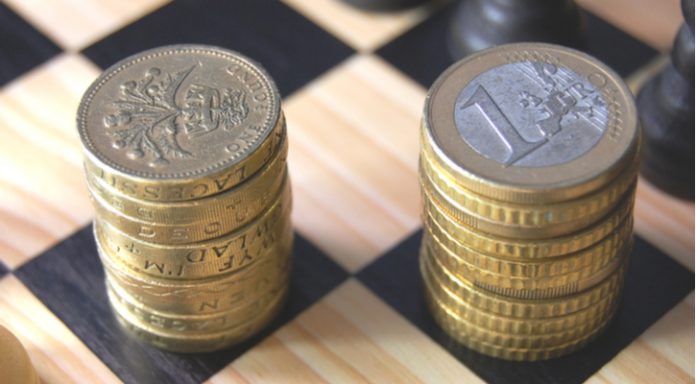 The terms of the UK leaving the EU were signed off by European leaders at the European Council meeting on Sunday evening.

The next step is the Brexit vote in Parliament, which is just two weeks away, on December 8th. Theresa May will now campaign for a hard to sell the Brexit deal. She will convene with her cabinet ministers today to discuss how to avoid defeat. Analysts are expecting the next fortnight to be an uphill struggle for May, as the deal pleases neither Leavers or Remainers. If the deal does not get sufficient votes in Parliament the alternative is a hard, no deal Brexit.

Investors will be carefully trying to gauge the mood towards the deal across the country. Any signs of increased support for Theresa May’s Brexit plan could see the pound rally.

The euro has been under strain in recent sessions as more signs of slowing momentum in economic growth emerge. Last week data showed that consumer confidence in the eurozone dropped by more than analysts had been anticipating. Fears over a slowdown then intensified on Friday as data showed that business activity sank to its lowest level in four years. This threw doubt on the European Central Bank’s (ECB) ability to halt its quantitative easing programme next month.

Today, Ifo business climate data could drag the euro lower. Analysts are predicting that business confidence has decreased in November after falling October and September. Trade tensions remain a problem for German exports.