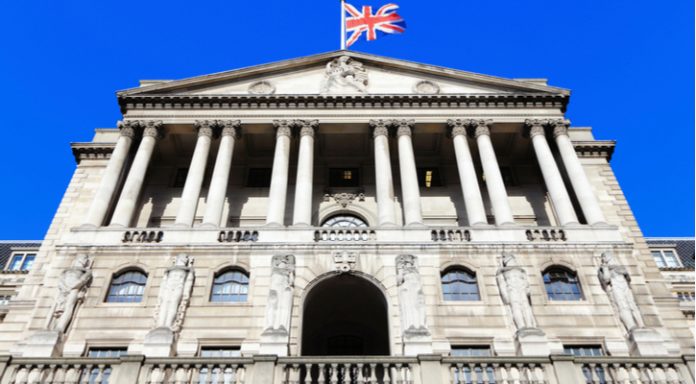 Brexit optimism and encouraging comments from the Bank of England sent the pound rallying higher versus the dollar on Thursday. The pound US dollar exchange rate soared over 1.5% higher to a peak of US$1.2950 before easing slightly into the close.

The pound kicked Thursday off on the front foot, aided by reports of a Brexit deal concerning the UK’s financial services sector. Reports surfaced that a tentative deal between Brussels and Britain had been agreed, whereby the E.U. would recognise the UK’s regulation as equivalent. This is important because financial services are key contributors to the U.K. economy. The fact that they will be able to continue trading as they are even in the case of a no deal Brexit is a huge relief for pound traders.

The Bank of England (BoE) also offered support to the pound. As analysts expected the BoE voted to keep interest rates on hold at 0.75%. However, central bank governor Mark Carney was more upbeat over the U.K. economy than market participants had been expecting. Mr Carney said that the pace of interest rate rises would be accelerated should there be a Brexit deal. However, he also warned that a no deal disorderly Brexit would shock the U.K. economy. Under these circumstances the economic fallout would be difficult to control. The warning fell on deaf ears, the pound rallied on hopes of being a step close to a Brexit deal and the prospect for further interest rate rises.

In the absence of any further Brexit news, today investors will focus on the construction PMI. Analysts are expecting construction activity to have slipped marginally in October, down to 52 from 52.1. Should the figure come in lower, the pound could give up some of today’s gains.

The dollar weakened in the previous session following weaker than forecast data and amid easing concerns over the US — China trade war. Trump reported progress in the latest round of trade talks with Chinese President Xi. After months of intensifying trade tensions between the two powers, this is the first positive news on the topic for some time. When geopolitical tensions intensify, the dollar rallies as investors seek out its safe haven status. When geopolitical tensions ease the dollar weakens are investors pull their money from safe havens.

Today investors will look towards the US non-farm payrolls, the highlight of the economic calendar. Analysts are expecting the US economy to have added 190,000 jobs, whilst the unemployment rate staying steady at the historically low level of 3.7%. A stronger than forecast number could lift the dollar.