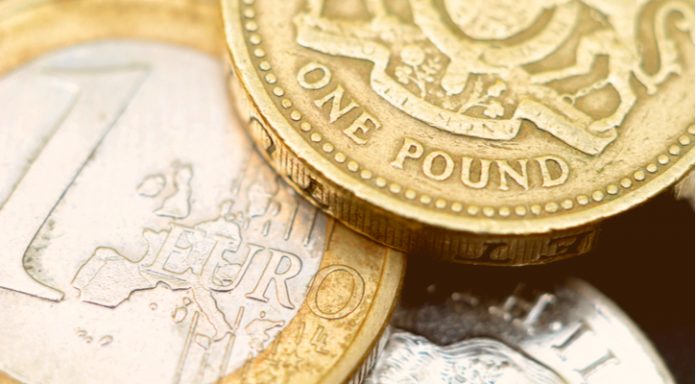 The pound hit a new 11 month low of 1.1026 against the euro during Tuesday’s trading, as Prime Minister Theresa May shrugged off fears of a no-deal Brexit. Analysts are now split as to where the market is likely to move from here, with some suggesting that the GBP/EUR rate has now bottomed out.

This week had been widely forecast to see 2018’s worst sterling rate against the euro so far, and it has delivered on expectations.

Monday saw an 11 month low, which was then surpassed by Tuesday’s trading session. Sterling is suffering as investors come to terms with the increasing chance of a no-deal Brexit. The UK government released preparatory notes on this eventuality on Thursday last week, and the markets have since been digesting this. On Tuesday, Theresa May announced that the UK had secured its first post-Brexit trade deal as part of a visit to Africa – but this seems to have done little to calm investors who are concerned by both the economic and political instability caused by Brexit.

Investors will be looking for further Brexit news and reactions from both the UK and Europe on Wednesday. As the chances of a no-deal Brexit increase by the day, this is likely to be the focus of the markets for the time being. Negotiations are now ongoing, as both sides scramble to meet an October deadline, meaning further developments could happen at any time. However, some 20% of analysts, asked during July, said that they anticipated a no-deal result from the Brexit negotiations – and this was predicted to cause an 8% crash in the value of sterling. With sentiment like this, Theresa May’s government have a way to go to settle markets worried about the possibility of a hard- or no-deal Brexit.

On the continent, European investors have remained unmoved by recent data releases, leaving analysts to anticipate that this week’s upcoming batch of performance statistics will have a limited impact on the price of the euro. Today sees the release of German GfK Consumer Confidence data, and French GDP information, with German unemployment figures due out tomorrow. With all these stats expected to come in fairly flat, analysts expect that they are unlikely to prompt large market movements, although with sensitive markets and multiple moving parts, especially strong economic data coming out of Europe could always boost investor confidence and improve the price of the euro.

For investors both in the UK and beyond, Brexit announcements, and industry reaction, is key. Until something definitive comes from negotiations, all eyes will be on the talks, as investors gauge the likely impact of Brexit on the short – and long-term – health of the UK and European economies. This is likely to mean the rocky ride for the GBP/EUR exchange rate continues for some time to come.