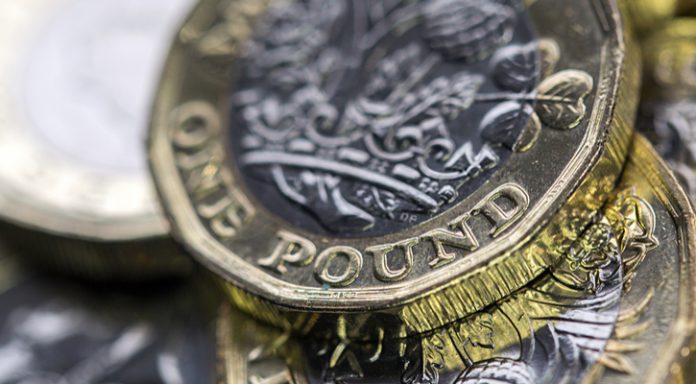 Decline in the USD saw gains in the GBP/USD exchange rate, with speculation it could soon hit the 1.2900 mark. This bounce comes after GBP fell sharply against the dollar in trading on Thursday, although the pound did not rebound sufficiently to match Thursday’s opening levels.

The pound continued to recover in Monday’s trading, with gains against most major currencies, excluding the euro, which continues to claw back recent losses. Analysts believe that Brexit concerns continue to suppress the pound against the euro, despite current growth in pound versus other global currencies. The political uncertainty caused by the ongoing debate about Brexit is likely to continue to impact markets for some time, with political developments on a daily basis contributing to changes in investor demand and confidence in the pound.

In the UK, the Nationwide House Price Index is set to be released today, with small gains forecast in the value of pound. As a measure of the health of the British economy, this could have an influence on investor confidence and the price of the pound. Even small gains could be interpreted as UK consumers showing confidence, and shrugging off Brexit worries, while a below par performance could see demand for the pound falling.

GBP/USD movement in Monday’s session was largely influenced by the US announcement of progress in NAFTA renegotiation talks. The dollar fell sharply after President Donald Trump announced that a deal with Mexico had been achieved, which could mean that Canada also rejoins the talks to renegotiate and replace the NAFTA deal. Although Trump’s comments suggest the US administration will continue to take a tough line on talks, the fledgling agreements lessens the chances of a global trade war. Investors had previously considered that the US economy would be better able to stand a trade war than other global economies, leading to increased demand for the dollar.

Investors will be looking to further announcements from the US administration, including trade talk developments, and the US Advance Goods Trade Balance for July which is due out later today. The US Advance Goods Trade deficit jumped in June, as the balance of goods imported into the US outstripped exports at a rate higher than had been anticipated. However, the markets seemed relatively unreactive to this release. Given the ongoing threat of trade wars, and the continual development of both US policy and rhetoric, investors seemed to take the widening gap in their stride. Whether or not the same will happen with the release of July’s data will depend on the results – and whether or not any further announcements or political upheaval hit investor sentiment today.