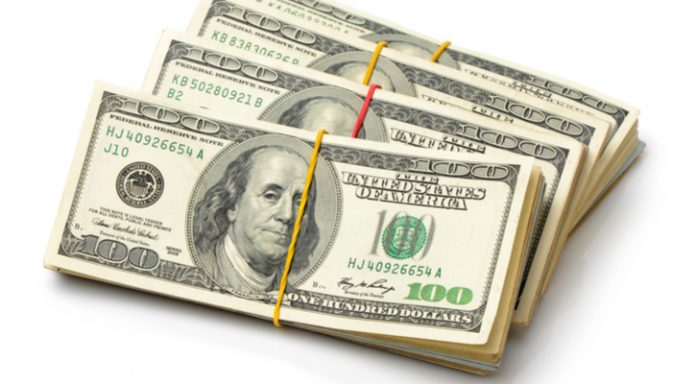 The pound initially moved higher on Monday, before falling lower later in the session as Brexit fears returned. The pound US dollar exchange rate hit low of US$1.3217, before edging marginally higher towards the close.

The pound attempted to extend Friday’s gains on Monday, however Brexit news cut any move northwards short. The two principal problems regarding Brexit were; firstly, UK Prime Minister Theresa May completely ruled out the possibility of a second referendum. Pound investors had always had the hope that if Brexit looks like it was becoming too messy or was going to be too much of an economic strain, at the least there could be a second referendum. Today that possibility was ruled out.

Secondly Theresa May caved into her Brexit hard line rebels, accepting amendments to the customs bill, which could make it impossible for her Brexit deal to be accepted by the EU. This was yet another weakening of position by the Prime Ministers, whose authority has been badly hit by recent events. A hard, no deal Brexit is looking increasingly likely, which is weighing on demand for the pound.

Today, market participants will look towards a slew of UK economic data which could give an indication as to the likelihood of an interest rate rise in August. UK jobs data, including unemployment and average wage growth will be under the spotlight. Analysts expect unemployment to remain at 4.2% and more importantly average wages to also remain stagnant at 2.5%. Should this be the case the pound could fall.

The dollar was broadly lower in the previous session as investors looked towards Trump’s meeting with Russian leader Vladimir Putin. The meeting appears to have gone well, with both sides saying that the US Russian relations had been at their worst since the cold war but are now significantly improved. A geopolitical risk decreased the demand for the US dollar decreased, thanks to the dollars safe haven status. This means in time of lower perceived risk the dollar is less desirable.

Today investors will look towards an appearance by the US Federal Reserve’s Jerome Powell in a biannual appearance before the Senate Panel. Once again dollar traders will be looking for confirmation of 4 rate rises across the year.