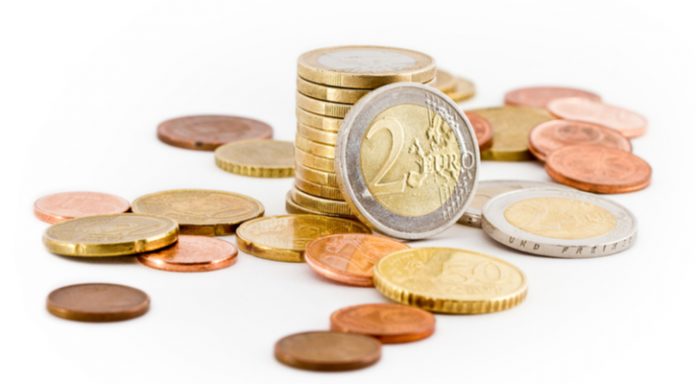 Weaker wages and Brexit chaos in the UK Conservative Party sent the pound lower versus the euro across Tuesday. The pound euro exchange rate tumbled almost 100 points to a low of €1.1218 before recovering some ground at the end of the day to close at €1.1247.

Whilst the UK jobs report was supposed to provide a bit of distraction for pound investors, that didn’t prove to be the case. Slower wages growth did no favours to the pound, but Brexit was once again the central focus.

The disappointing news for the pound started early on Tuesday, after Bank of England Governor Mark Carney warned of the big economic consequences of a no deal Brexit. These big consequences would mean that the central bank would need to reconsider monetary policy. This was interpreted by pound investors that the BoE would look at lowering interest rates, to help support a weaker economy. The pound tumbled.

The pound kept on falling as pressure on UK Prime Minister Theresa May kept building. This time it was the Remainers in the UK Conservative Party who plotted to defeat Theresa May in the Commons. The rebel Remainers plotted to vote with UK Labour party to include an amendment in the trade bill whereby the UK would create a customs union with the EU post Brexit if frictionless free trade had not been agreed by January 2019.

Theresa May won the vote 307 to 301, lifting the pound as political risk receded and Theresa May kept her job for another day.

The euro was broadly lower in the previous session. The euro tends to trade inversely to the US dollar and as the dollar rallied higher, the euro dipped, although it still remained stronger than the pound.

This week has been a quiet week so far for the euro, with little on the economic calendar and few political headlines catching investor attention.

Today analysts are expecting another quiet day for the euro, with volatility potentially picking up on Thursday with the release eurozone inflation figures.