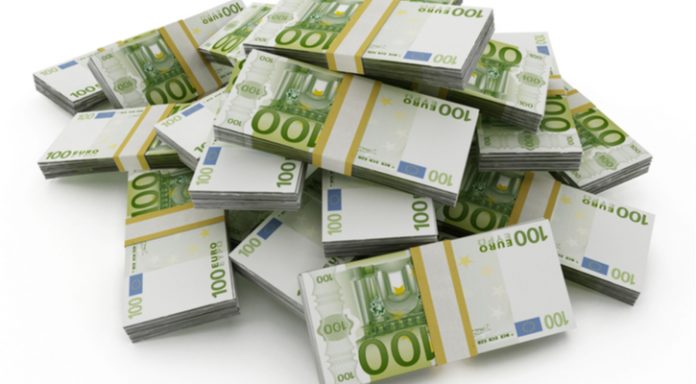 Despite pushing higher versus the euro in early trade on Monday, the pound fell later in the session. Brexit remained a key driving factor pushing the pound down to €1.1300.

The pound was unable to maintain its early gains in the previous session, as Brexit once again dominated the session. There were two key points weighing on demand for sterling. Firstly, the Prime Minister Theresa May ruled out any possibility of a second referendum. Up until now, pound traders had always had a glimmer of hope that is things got too messy over Brexit, o r if the outcome looked too economically disastrous, then at least the UK could hold another Brexit referendum, potentially reversing all the damage done. Investors now know this won’t happen.

Secondly, Theresa May gave in to hard-line Brexiters demands over the customs bill amendments. One of the amendments is a particular concern to those supporting the Prime Ministers proposal, because it could make the deal completely unacceptable to the EU. If this is the case then a no deal, hard Brexit is once again a likely possibility. As a result, the pound lost ground.

Today the UK economic calendar fills up, which could act as a timely distraction amid the Brexit woes. Investors will look towards UK unemployment data which analysts predict will remain constant at 4.2%, and average wage growth figures. Analysts are also expecting average wage growth to have stagnated at 2.5%. Given that average earnings are considered by analysts to be an insight to future inflation, a stagnant print could reduce the chance of the Bank of England raising interest rates in two weeks time.

The eurozone trade balance was the central focus for euro traders in the previous session. The May Trade Balance showed that the Eurozone trade surplus unexpectedly slipped from €16.7 billion to €16.5 billion, rather than increasing to the €20.9 billion analysts forecast. Delving further into the numbers analysts saw that the Eurozone trade surplus with the US actually increased in May, despite concerns over trade wars. This set off concerns that the figures could spark another reaction from the US, a fear which weighed on demand for the euro.

Today there is no high impacting eurozone economic data. Instead investors will continue to watch out for any trade war related headlines.