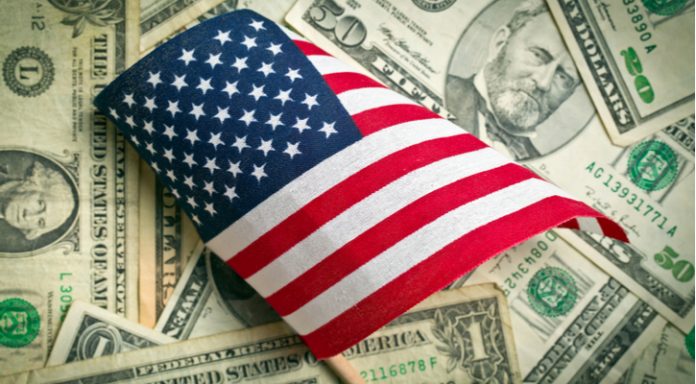 The pound finished the previous week lower versus the dollar for the second consecutive week. The pound US dollar exchange rate dropped to a low of US$1.31 before hitting a high of US1.3316 as Brexit, optimism over a Bank of England (BoE) interest rate rise in August, trade war concerns and encouraging comments from the Federal Reserve all drove trading in the pair.

The pound received a boost last week as UK Prime Minister Theresa May successfully faced down rebels in her own party to win a key vote on the Brexit Bill, which kept the power in the hands of the Prime Minister even in the case of a no deal Brexit. The pound rallied as the political climate stabilised, albeit slightly.

The Bank of England also gave the pound a boost at the end of the week with a shift in the vote split to 6-3 in favour of holding rates steady, up from 7-2, lifting investor optimism that a rate hike could still be on the cards for August.

The start of the week is quiet on the UK economic calendar meaning that Brexit headlines could once again be the principal factor influencing sterling. As more and more headlines surface suggesting that the U.K. is on course for a no deal Brexit, the pound could struggle to move higher.

At the end of last week, the EU initiated trade levies of €2.8 billion worth of US imports in retaliation of the tariffs that President Trump had placed on EU steel and aluminium imports. Not one to take such a move lying down, Trump threatened to place 20% tariffs on EU car imports. At every turn Trump is showing that he has no interest in backing down, making a full-blown trance war increasingly likely. The threat of more friction with China, Europe and other countries across the globe has sent investors in search of the dollar, for its safe haven status.

The US economic calendar has only new homes data due for release. Analysts view this as mid tier data, or data or medium importance. Any further information on the unfolding trade war is likely to direct trading in the dollar.