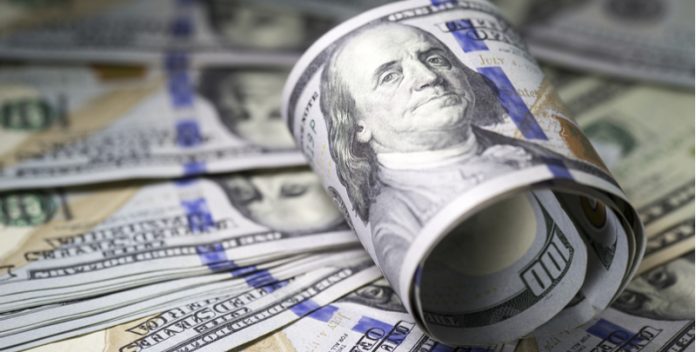 Unexpectedly weak economic growth in Britain in the first quarter of the year sent the pound tumbling hard versus on the US dollar on Friday. Sterling plummeted 1% versus the dollar, hitting a low of US$1.3748. This is the weakest that the pound has traded versus the dollar in 8 weeks.

Demand for the pound has been soft recently as investors digested a slew of weaker than forecast economic data. Earlier in the month market participants learnt that wages grew by less than what analysts were anticipating. This was followed by news of a lower rate of inflation and then soft retail sales. This was capped off on Friday by data showing that the U.K. economy almost stalled to a halt with quarter on quarter growth at just 0.1%.

The U.K. economy growing at the slowest pace in 5 years has contributed to a reduced probability of the Bank of England (BoE) raising interest rates in May. There is a good chance that the BoE will consider the economy and the consumer to be too weak to sustain an interest rate rise at the moment. August is now looking more likely as the month for a potential interest rate rise.

Looking across this week, the U.K. trading calendar is sparse, with the purchasing managers index prints as the principal possible causes of volatility. These figures should give a clearer picture as to the strength of the U.K. economy.

Dollar Rallies On Optimism Of A More Hawkish Fed

Demand for the dollar is the strongest that it has been in 3 months. The dollar has been boosted recently by investors betting on a more aggressive Federal Reserve. In other words, market participants are thinking that the central bank will increase interest rate more quickly than initially thought.

The dollar was also lifted further by better than expected Gross Domestic Product (GDP) data at the end of last week. The US economy grew at 2.3%year on year, faster than the 2% forecast. The strong economy would make it easier for the Fed to hike, knowing that the economy could sustain higher interest rates.

This week is a busy week for dollar traders. Firstly, the Fed is expected to hike rates and secondly investors will look to the US non-farm payroll on Friday, where US unemployment is expected to hit 2%, the lowest in two decades.