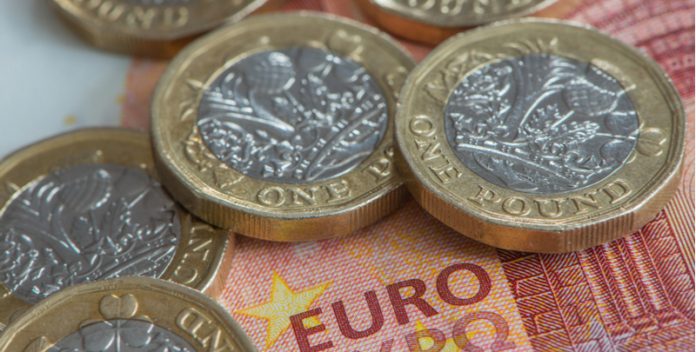 The pound edged higher versus the euro on Wednesday as market participants look ahead to today’s European Central Bank monetary policy decision. The pound hit a high of €1.1440 versus the euro. This is the highest level that it has traded at in almost a week.

With nothing to focus on from the UK economic calendar, investors instead cheered the buyout of London listed Shire Pharmaceuticals by Japanese peers Takeda for £46 billion. Not only will the cash inflows help boost the pound, but this move also shows that despite Brexit uncertainties investment opportunities in the UK remain strong. The news helped buoy the pound.

Today there is no high impacting data to be released in the UK. Investors will look ahead to the fourth quarter GDP release on Friday. Investors are already starting to doubt the BoE will raise interest rates in May after weak data throughout last week, plus a more cautious tone from Bank of England Governor Mark Carney. Should economic growth slow, the odds of a rate rise will be pushed back, pulling the pound lower. On the other hand, any sign of economic strength could revive optimism for a Spring interest rate hike and lift the pound higher.

Euro traders are looking ahead to the European Central Bank (ECB) monetary policy decision later today. Analysts are expecting the ECB to keep interest rates frozen, and the bond buying programme constant at €30 billion per month. Whilst the bond buying programme is supposedly drawing to a close in September, investors are still waiting for the ECB to confirm how and when they will withdraw the stimulus. Analysts are not expecting any comments today on the winding down of the programme, with June or even July looking more likely.

The ECB could portray a slightly more cautious tone, given that economic data has weakened since the last meeting and inflation remains stubbornly low, at 1.3%. Added to this the geopolitical picture is tenser than previously which could also weigh on the central bank’s outlook.