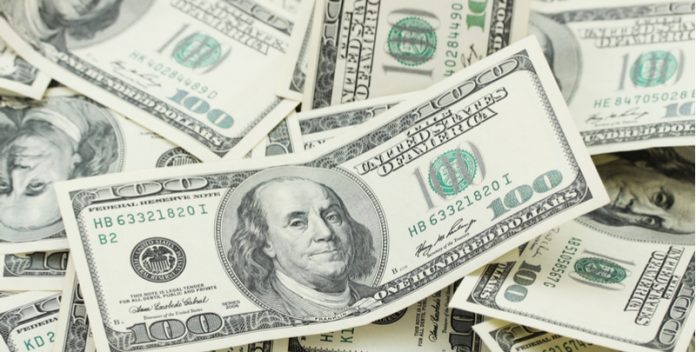 The pound rose versus the euro from 1.1429 yesterday morning to a sudden high of 1.1517 and then remained more or less at that position for the rest of yesterday and this morning. This is almost the highest it has been in the past one week.

Euro continues to show volatility following the comments from European Central Bank (ECB) President Mario Draghi who suggested that ECB would keep interest rates low for an extended period of time. This could mean that the euro will follow a bearish path in the upcoming few weeks, which caused the investors’ faith in the currency to waver. The volatility in Euro seems to have been caused by a less than expected Gross Domestic Product (GDP) growth for France. Analysts had expected GDP to rise by 2.3% but it rose by only 2.1%. France is an important contributor to the overall economy of the EU, and therefore its GDP has influence on the sentiment for the Euro.

Yesterday also saw the release of consumer confidence data from the UK. Analysts had expected the consumer confidence number to drop by 7 points. However, the actual drop was about 9 points, indicating that the consumer is not very confident about the economic situation in the UK and this could mean a drop in spending or borrowing. This could have been why the pound saw a slight drop against the dollar.

The most important data for pound today is the UK GDP data which is likely to determine the course of pound’s path over the next couple of weeks. Today, there is more important data expected out of the EU in the form of unemployment data in Germany. Analysts are expecting Germany to have lost 15 thousand jobs this quarter. Should this be true, the euro might lose its charm further, as Germany is the powerhouse of European economy. Today will also see Bank of England (BoE) Governor Carney speak in London. His comments will indicate whether or not the BoE will follow a path of increasing interest rates or not. Should the governor indicate interest rate hike in the near future, the pound will rally further versus the euro.