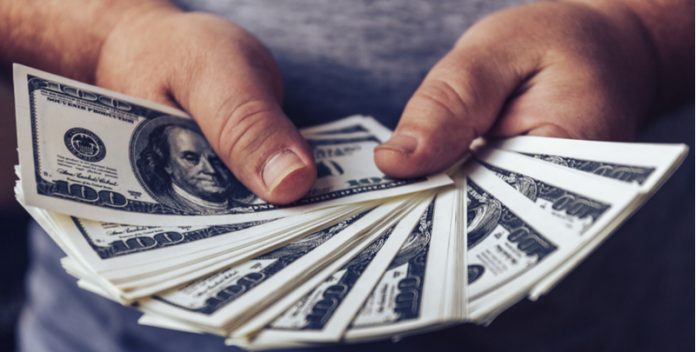 The pound broke a four-day losing streak against the US dollar on Tuesday. Stronger than forecast data from the UK overshadowed encouraging US figures and rising US interest rate expectations. This helped lift the pound US dollar exchange rate to a high of US$1.3980, although the pair remains notably short of the key psychological level of US$1.40.

Market participants responded well to an improved outlook for the UK economy. The outlook improved following reports that UK government net borrowing dropped to an 11 year low in the financial year running from April 2017 — March 2018. Public sector net borrowing fell by £3.2 billion to £42.6 billion, surpassing analyst and market expectations. Furthermore, tax receipts covered day to day spending for the first time in 16 years, meaning that the £42.6 billion was spent on capital investment. This means that the money was spent on infrastructure such as roads, schools or railways. In other words, it was spent on the type of investment which lifts economic growth over the longer term. This boosted the pound.

As trading begins on Wednesday, the pound continues to show strength versus the dollar even though there is no fresh data due for release. Market participants will need to wait until Friday’s GDP data for further clues as to the health of the UK economy.

The dollar was broadly stronger in the previous session, albeit not as strong as the pound. US China trade fears have eased considerably, which is leaving market participants focused on interest rate expectations and economic data.

Investors continued to increase their expectations of higher inflation and a more aggressive path of interest rate rises from the Federal Reserve. This lifted the dollar versus most of its peers.

US economic data showed that Americans were of a sunnier disposition following the easing of trade war fears also boosted the US dollar. US consumer confidence rebounded in April back towards its recent 18 year high. This resurgence in confidence suggests that the US economy is likely to stay on a strong footing, as confident consumers are comfortable spending money which supports the economy.