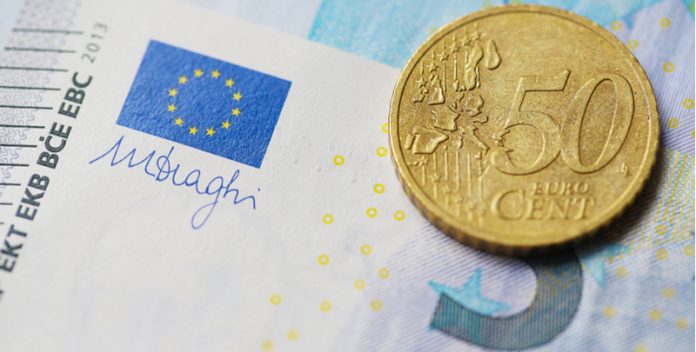 More disappointment for pound traders sent sterling tumbling lower versus the euro on Wednesday. The pound euro exchange rate hit a low of €1.1466, pulling away from an 11 month high hit earlier in the week.

Analysts had been expecting U.K. inflation to have remained constant at 2.7% in March. Instead, inflation, as measured by the consumer price index (CPI) fell further to 2.5%. This is the second consecutive month that inflation has fallen, after climbing throughout 2017 before remaining elevated at 3% for the last quarter of the year. The pound fell more than the forecasted data over fears that the Bank of England (BoE) may not be so tempted to hike interest rates in May.

Today, investors will be turning towards retail sales which are forecast to have increased 1.4% in March, compared to the 1% in February. Pound traders have already been disappointed by wage data and inflation figures this week, so the big question is whether the disappointments will hit at hattrick? With consumers finally enjoying a wage rise in real terms there is a possibility that retail sales could beat analyst’s forecasts, which would send the pound higher.

The publication of eurozone inflation data, which was weaker than analysts had been expecting, made little difference to euro traders. Inflation in the bloc was just 1.3% in March, missing the forecast by analysts of 1.4% on an annual basis. Inflation in the eurozone continues to be lacklustre, meaning that the European Central Bank (ECB) are unlikely to opt for a more aggressive stance on monetary policy. Furthermore, concerns that the bloc’s economy is also losing momentum is also supporting a more cautious ECB stance. Market participants are assuming that the ECB will not be looking to raise interest rates any time soon and this is keeping demand for the euro limited.

With no high impacting Eurozone data today, the pound could drive movements in the euro pound exchange rate. Euro traders will look towards inflation at factory gate level on Friday in the form of producer price index. A disappointment here could see the euro finish the week on a softer note.