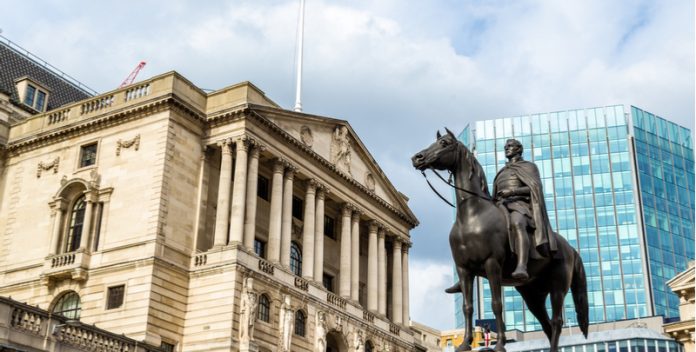 After treading water for much of the day, the pound dropped sharply lower versus the euro after cautious comments from Bank of England governor Mark Carney. The pound tumbled around 100 points to €1.1410.

The pound stayed buoyant in early trade, even after retail sales in the UK fell by more than what analysts had been expecting in March. Retail sales volumes dropped -1.2% month on month, well short of the -0.6% decline expected. Meanwhile on an annual basis, retail sales grew a lacklustre 1.1%, below the 1.4% anticipated. This is the third set of disappointing data that investors have endured for the pound this week, after wage figures and inflation also fell short of forecasts earlier in the week.

Some market participants had hoped that the fact that wage growth outpaced inflation could the less squeezed consumer hit the shops and spend. However, harsh weather conditions and unseasonably late snow meant that shoppers remained inside staying away from the high street. As a result, retail sales fell, initially weighing on the pound.

Given the three sets of disappointing data prints from high impacting data this week, BoE governor said that markets were wrong to consider that a rate rise in May was a foregone conclusion. His words knocked investor confidence and the odds of a Spring rate rise, which had been as high as 90%, fell, pulling the pound lower.

No fresh data for euro

With no fresh data the euro was broadly out of favour in the previous session. Investors continued to digest weak inflation figures from earlier in the week. Soft eurozone inflation reduces the possibility of the European Central Bank (ECB) raising interest rates anytime soon. Lacklustre inflation was a problem during the last year, even when economic growth was strong. This year, with economic growth momentum slowing, inflation could become softer still before improving.

Today the focus will stay will economic data. Inflation at factory gate level, in the form of producer price index and consumer confidence both have the potential to create volatility for the euro.