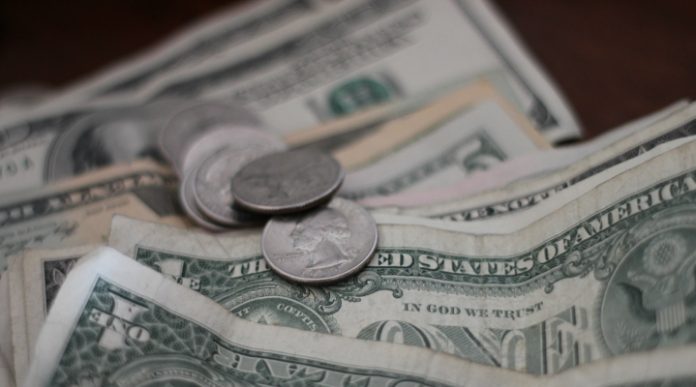 Geopolitical tensions between the US and Russia prevented the dollar capitalising on the weaker pound. The pound US dollar exchange rate experienced a volatile session on Wednesday but was almost flat as it moved towards the close of the session at US$1.4177.

Economic indicators pointing to a slowing of economic growth for the UK economy weighed heavily on the pound. Economic data across several sectors of the economy disappointed investors and by substantial margins. UK manufacturing output in February ended its year long expansion, contracting in February by -0.2% month on month. Analysts had expected the sectors to grow by 0.2%. The sectors had been enjoying growth over the past year thanks to a cheaper pound and strong global demand. However, there have been signs that global demand is easing as data from France, Germany and Italy showed a similar loss of momentum.

The UK construction sector also contracted sharply in February by -1.6%. Analysts had expected the sector to have expanded by 0.9%. The heavy slowdown across these sectors points to a slowing of the UK economy in the 1st quarter. As a result, pound was out of favour.

With no more high impacting economic data due to be released this week, investors will switch their attention back to the Bank of England (BoE). Policymaker Broadbent and BoE Governor Mark Carney are due to give speeches today. Any signs of further support for a May rate hike could boost the pound.

US Military Threats Weigh On Dollar Despite Hawkish Fed

The dollar was under pressure in the previous session, despite a more aggressive sounding Federal Reserve. The Fed minutes from the most recent policy meeting showed that all Fed members were expecting and increase in economic growth and an increase in inflation. Higher inflation expectations mean that a more hawkish Fed, with a faster pace of rate hiking, could be on the cards. This would normally boost the dollar.

However, geopolitical concerns overshadowed a more hawkish Fed, as President Trump centres his attention on Syria and Russia in response to the chemical attack on Syria. Trump took to Twitter to warn Russia that “missiles are coming”. Russia urged the US to refrain from its plans and it remains unclear how things will progress. Dollar traders are showing signs of nerves in the face of military threats as relations between the US and Russia appear worse than during the Cold War.