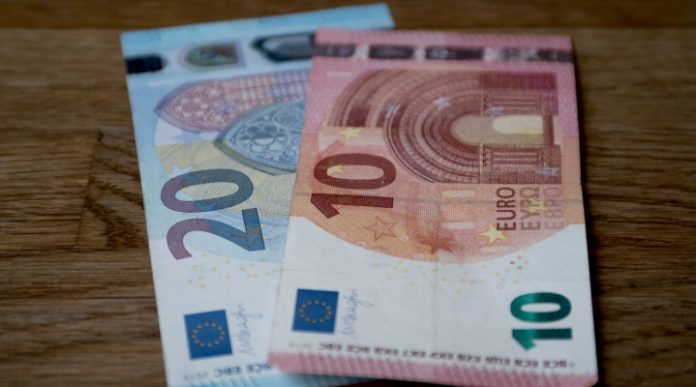 A barrage of disappointing UK economic data releases pulled the pound lower versus euro in early trade on Wednesday. However, the pound managed to claw back the losses later in the session, to head towards the close just marginally lower at €1.1464.

The pound sunk lower in the previous session after a string of UK economic data came in weaker than what analysts had been predicting. UK manufacturing output unexpectedly contracted -0.2% month on month in February, ending the sectors yearlong expansion. UK manufacturing ad been boosted by cheaper pound and strong global demand over the last 12 months. However, there are signs that global demand is starting to wane as data from France, Germany and Italy have all pointed to a similar slowdown in manufacturing in the first few months of this year.

The construction sector of the UK economy also contracted in February, by a massive -1.6% month on month against analyst expectations of an increase in activity of 0.9%. The weak data points to UK economic growth losing pace in the first quarter of 2018. This is bad news for the pound which dropped lower following the releases.

With no further high impacting UK economic data due to be released this week, investors will focus on speeches by Bank of England (BoE) policy maker Broadbent and Governor Mark Carney, both of whom are due to give speeches. Should monetary policy come up in the speeches and either indicate support for a May rate hike, the pound could rally.

Demand for the euro initially increased as European Central Bank (ECB) Governor Draghi confirmed that he believed that wages and inflation for the bloc were on the verge of moving higher. This lifted hopes of a tightening to monetary policy for the bloc.

However, the boost in the common currency didn’t last long as the ECB distanced itself from hawkish comments made by a governing council member earlier in the week. The ECB confirmed that Ewald Nowotny’s comments were his own views and not representative of those the bank when he said that the ECB could be looking to hike next year. The unclear position of the central bank weighed on demand for the euro.

Today investors will keep focused on the ECB with the release of the minutes from the March meeting. Furthermore, producer price index figures could also create some volatility.