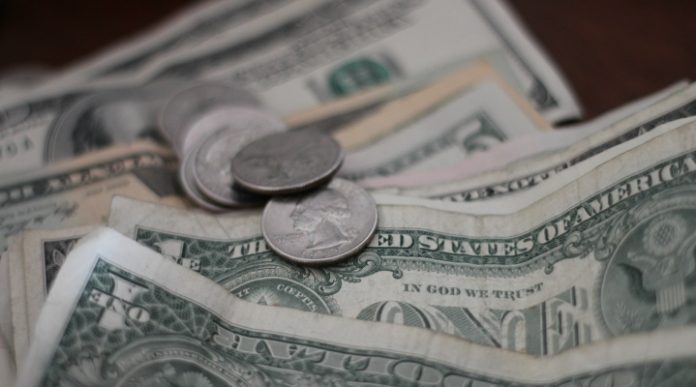 The pound pushed higher versus the US dollar on Monday as investors digested stronger UK house prices and easing trade war fears. The pound rallied to a high of US$1.4168 before pulling back slightly into the close as the mood for the dollar increased.

House prices in the UK jumped higher in the three months to March in a rare showing of positive data for the month. Last week economic data released for March regarding the dominant service sector and the construction sector showed that activity had slowed considerably. The snow disrupted normal operations in those sectors, but that wasn’t the case for house prices. House prices increased 2.7% in the three months to March, well ahead of the 2% anticipated. This is important because it shows that consumers are still confident enough to purchase houses, which is good news for the economy.

The strong data will also help support the case that the Bank of England are considering raising interest rates in May. Following last week’s disappointing readings, market participants were questioning whether the central bank would raise rates. Monday’s strong data will help improve perceived odds of a Spring hike.

Today investors will be watching a speech by Bank of England Chief Economist Andy Haldane. At the last BoE meeting Haldane did not vote for a rate rise, but investor will be interested to hear whether he is sounding more hawkish and therefore more likely to vote in favour of a hike in May.

Dollar traders had very little to focus on in the previous session, leaving attention to fall once again on trade war fears. Fears of a trade war breaking out had ramped up towards the end of last week. However, President Trump’s tweets over the weekend suggested that a trade war was once again looking less likely. The uncertainty over whether a trade war will erupt or not is preventing the dollar from gaining much ground, even when the headlines seem more encouraging.

Today investors will look towards producer price data in the absence of any further trade war concerns. A strong reading would indicate inflation could be picking up at wholesale level which could boost the dollar.