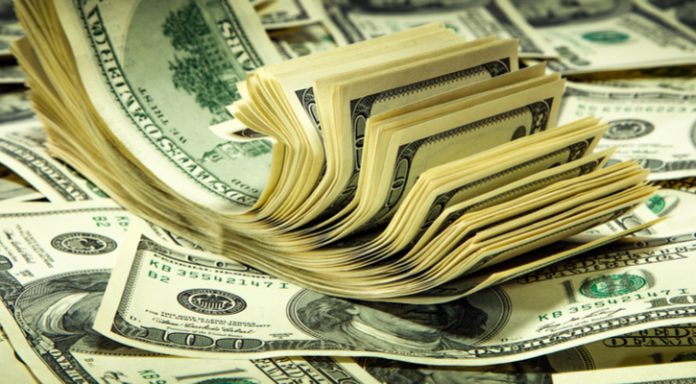 The pound ended the week 0.8% higher versus the dollar, mainly thanks to a weaker dollar on Friday. Friday saw the dollar drop 0.6% against the pound, pushing the pound US dollar exchange rate to a high of US$1.4106, its strongest level in a week.

Some investors feared that these weak pmi readings could encourage the Bank of England to hold fire on any interest rate rise in May, given the weakness in the economy. However, the fact that the pound actually rose against its peers, points to a greater number of investors still optimistic that the central will hike next month.

The UK economic calendar is fairly light again this week. However, there are several appearances by BoE policymakers which will be watched closely as investors attempt to gauge the probability of a Spring rate hike.

The dollar managed remain resilient across most of the previous week despite fluctuating trade war fears. However, the weak US jobs report and news of further sanctions on Russia pulled the dollar lower at the end of the week.

The highly anticipated non-farm payroll numbers were weaker than investors and analysts had been expecting. There were only 103,000 new jobs created in US in March, well below the 198,000 analysts had predicted. Furthermore, the unemployment rate remained at 4.1% instead of falling to 4% as predicted by analysts. These disappointments outweighed the fact that average earnings climbed marginally higher from 2.6% in February to 2.7% in March.