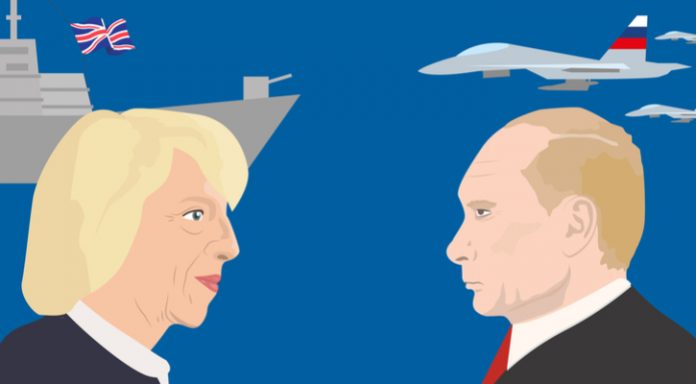 The pound US dollar experienced a choppy trading session on Wednesday. Mixed US economic data and continued trade war fears in addition to souring UK Russian relations drove trading. The pound US dollar exchange rate hit a high of $1.3996, before quickly dropping to a low of $1.3926.

The UK economic calendar was empty on Wednesday, furthermore there were no fresh Brexit headlines to drive trading. Instead investors turned their attention to the rising geopolitical tensions between the UK and Russia.

UK Prime Minister Theresa May retaliated against Russia’s poisoning of a double agent, by expelling 23 diplomats from Britain. She has also terminated high level contact with Moscow and has sought support from NATO, framing this attack as the first chemical weapons attack on NATO territory since the organization began. So far, the pound’s reaction has been muted to non-existent, however if tensions rise further, the pound could start to sell off.

Today there is no high impacting economic data. Investors will need to wait until next week, March 20th for UK inflation numbers. UK inflation was at 3% in January, some way above the BoE’s 2% target. The central bank said that they expect inflation to gradually fall back to 2% during the course of the next year. Analysts are expecting inflation to dip marginally in February and for core inflation to also tick lower. Should this be the case, the pound could drop as the possibility of an interest rate hike this month could be put into doubt.

Mixed US Data Made For Choppy Trading

The dollar was the main driver of movement in the GBP/USD exchange rate on Wednesday. The dollar initially moved lower on the release of US retail sales figures. Retail sales declined by -0.1%, constant with January’s upwardly revised -0.1%. This is the third straight month that retail sales declined, which points to slowing consumer spending. This is bad news for the US economy which depends so heavily on consumer spending. The weaker than forecast data send the dollar lower.

Market participants didn’t dwell on the retail sales figures, instead they turned their attention to the US Producer Price Index, which measures wholesale inflation. PPI rose in February to 2.7% year on year, its biggest jump since 2014. High wholesale inflation is often a sign of higher consumer inflation down the line. Therefore, market participants cheered as they assumed inflation will pick up, which would mean more interest rate rises going forward.