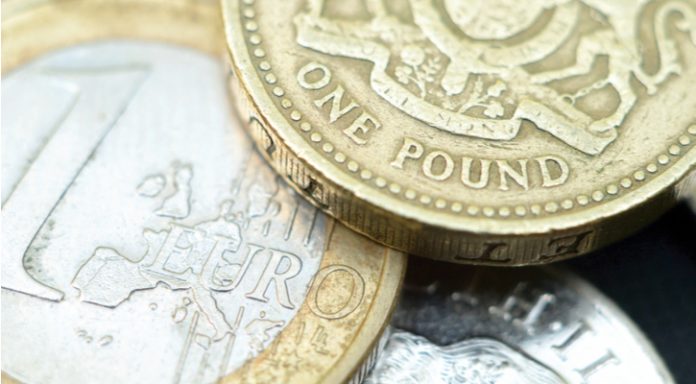 Then pound fell versus the euro in the morning session on Wednesday after weak UK labour data overshadowed weak eurozone numbers. However, sterling managed to trim those losses in the afternoon, to finish the day almost flat in the region of €1.1350.

The unemployment rate in the UK unexpectedly ticked higher to 4.4% in the three months to December. Meanwhile just 88k jobs were created, far short of the 102k forecast. These numbers show that the tightening of the labour market eased going into December. This overshadowed the fact that earnings growth excluding bonuses increased marginally higher than forecast at 2.5%, compared to the 2.4% analysts had been expecting. However, the fear is that if the labour market is listening then wages will start declining going forward. The pound fell following the release.

Bank of England governor Mark Carney, plus three members of the Monetary Policy Committee (MPC) appeared before the Parliamentary Treasury Select Committee to discuss the inflation report. During his appearance, Mark Carney signalled a more hawkish tone to rate setting, boosting hopes of an interest rate rise as soon as May. This sent the pound higher.

Today U.K. economic data continues to flow and today the focus will be on UK economic growth. Analysts are expecting UK fourth quarter GDP to show economic growth of 1.5% year on year and 0.5% quarter on quarter.

ECB minutes under the spotlight

The euro was generally weaker across the board, following disappointing eurozone manufacturing and service pmi’s. However, whilst the figures were slightly short of analysts’ expectations, indicating a loss of momentum in February, the eurozone economy continues to expand at a solid rate. The figures still show that the manufacturing and the service sectors remain firmly within expansion territory.

This data will not have impacted on the European Central Banks position to keep interest rates low for an extended period of time. Today investors will be looking towards the minutes from the ECB monetary policy meeting for guidance. Any signs of the central bank adopting a more hawkish tone to policy could give the euro a boost.